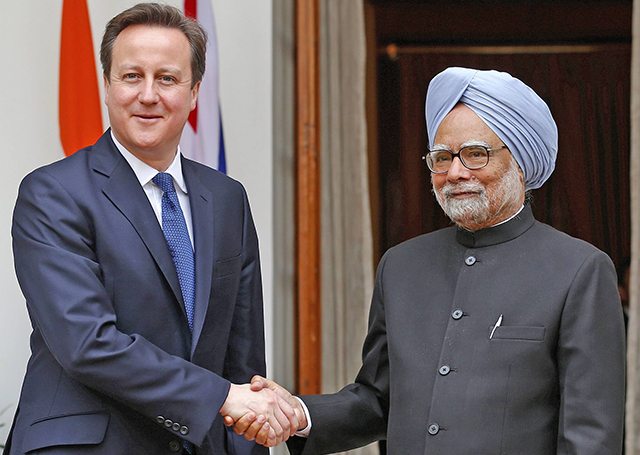 Over 100 companies are participating in the three day visit, including more than 30 SMEs, along with Ministers Lord Green, David Willetts, Hugo Swire and Greg Barker. They will meet with a number of Indian Government Ministers, inward investors and businesses in both Mumbai and Delhi, as the Government seeks to link British businesses up to one of the world’s fastest growing economies, predicted to become the third largest by 2050.

The Government has also announced that it will support the creation of a new pan-India network of British Business Centres by 2017, the first pilot in a scheme of 20 overseas business networks, backed by £8 million of Government funding. The new business centres will offer business-led, business-backed, support to UK businesses, particularly SMEs, in India.

The Government has also produced a study for business called ‘UK India: A Natural Fit’ that identifies eight key sectors where UK strengths match India’s economics requirements. This demonstrates that there are valuable opportunities for British businesses, big and small, from all sectors of the economy stand to gain from India’s growing prosperity.

The Prime Minister said: “I am determined to everything I can to ensure that Britain succeeds in the global race and to link British business up to the world’s fastest growing economies. As India grows, it needs a partner that can support its ambition – in infrastructure, in energy, in healthcare and more. It wants its business to have unrivalled access to European and global markets and its students to get the best education in the world. Britain can do all these things and more. So, we have to get out there, make the case for Britain and open doors for British business.”

Trade Minister Lord Green added to the Prime Ministers words, by saying: “We are on track to double our trade with India by 2015. India has great potential to become one of the largest markets in the world. UK businesses are rightly recognising that they can reap the rewards of looking outside Europe for trading partners, selling their goods and services to high growth markets outside the EU.

“Government is clear that we must build deeper ties with India. This means supporting and encouraging a range of companies, both large and small, to do business there in the future.”

Delegates making strides in boosting their own presence in India include Debenhams, who are opening ten new stores across India by 2017, and UK hairstyling brands Brylcreem and TRESemmé whose products are going on sale in India.

Today will also see the announcement of a new partnership between The Royal Mint and the MMTC-PAMP India to strike The Royal Mint’s gold sovereign commemorative coins in India for the first time in nearly a century.

The trip takes place as a series of trade and investment deals are announced which will create 500 new jobs in Britain and safeguard around 2000.

Investment announcements made include:

The Government will also use the trade mission to encourage more innovative technology companies from India to set up in the UK. It will launch a competition, supported by British Airways, to offer 3 entrepreneurs the opportunity to visit Britain on a tailored programme that will encourage them to set up here within the next 18 months, creating jobs and bringing innovative IT processes and solutions to the UK.