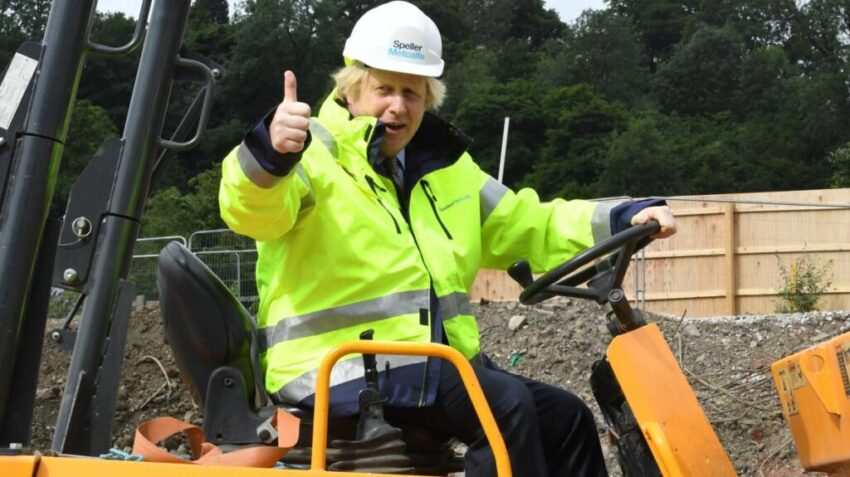 Boris Johnson has proposed to revive high streets by making it easier to turn vacant shops into houses and offices as part of the “most radical reforms to our planning system” since the Second World War.

The prime minister announced that developers would be able to switch shops to homes without needing to submit a planning application in an attempt to “build faster” and encourage development on brownfield sites.

Builders will also be able to demolish vacant shops and build homes in their place without planning permission under new legislation that the government wants in place by September.

Ministers believe that the changes will help to reinvigorate high streets by bringing people back to town centres to live and work while reducing the number of boarded-up buildings.

Speaking in Dudley, a “red-wall” town won from Labour at the December election, Mr Johnson said: “It is this infrastructure revolution that will allow us to end that other chronic failure of the British state decade after decade in which we have failed to build enough homes. Why are we so slow at building homes by comparison with other European countries? Because time is money, and the newt-counting delays in our system are a massive drag on the productivity and the prosperity of this country, and so we will build better and greener but we will also build faster.”

Mr Johnson said that the government would “build, build, build” its way out of the crisis so that the UK could “not just bounce back, but bounce forward stronger and better and more united than ever before”.

The prime minister announced his intention to bring forward £5 billion of capital spending, including investment in roads, rail, schools and high streets. He said that while Britain was no longer a military superpower it could become a “science superpower” and revealed plans for a funding agency to back “high-risk, high reward” projects.

He promised to use the crisis as an opportunity to “tackle this country’s great unresolved challenges”, including the housing shortage, productivity gap and regional inequality.