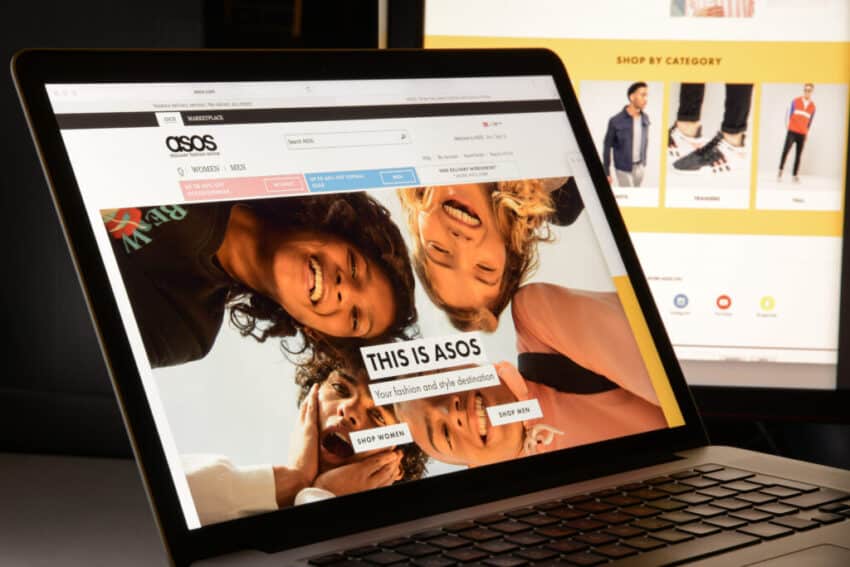 As online businesses mop up the remnants of some of the high street’s biggest names, the retail industry is torn over the potential introduction of an online sales tax.

While virtually every shopkeeper in Britain has been a vocal critic of the archaic business rates system, there remains little accord on how to level the playing field with aggressively expanding internet retailers.

The acceleration of online shopping during the pandemic combined with the huge hit to public coffers has prompted Treasury officials to host secret meetings this week with business leaders on how an online sales tax could work.

Asos, which grew sales by a fifth last year to £3.26 billion, paid just 0.2 per cent of its turnover, or £7.2 million, in business rates. Meanwhile, Amazon paid just 0.4 per cent in rates after growing sales by 50 per cent to £19.12 billion last year. At the same time, bricks and mortar retailers are loudly banging the drum for urgent reform of a tax that dates back to the 16th century and raked in £32 billion for the Treasury last year.

Concerns that the internet has become a bogeyman for retail has prompted six British online businesses — Ocado, Asos, Boohoo, AO World, the Hut Group and Gymshark — to quietly launch their own trade association to lobby the government on tax reform. One insider said that it was to ensure that the government understood the importance of “championing digital British businesses as the future of the economy”.

Nevertheless Tesco, Britain’s biggest retailer, is leading the call for an online sales tax, mooting a 1 per cent sales levy which it said would help reduce business rates for retail by a 20 per cent. Around 16 per cent of Tesco’s £45 billion UK sales were made online last year, meaning an online sales levy would be “fiscally neutral” for the supermarket group.

For its rivals such as Sainsbury’s, which has a growing online business through its Argos chain, it is a slightly different situation. Kevin O’Byrne, finance chief at Sainsbury’s, said: “The retail industry employs millions of people and for it to prosper in the future it is vital the government seizes the opportunity to reform business rates and level the taxation playing field between both online and physical retailers, and retail and other industries.”

James Daunt, the boss of Waterstones, said he was “fully in favour” of an online sales tax, saying it would move profitability from online into shops and help keep stores open. Daunt said that up to 100 of Waterstones’s 283 shops were at risk of closure, with the bulk located in the Midlands and north.

A spokesman for the Association of Convenience Stores said that it was “passively OK” with an online sales tax as a way to level the playing field, but it believed online was an opportunity for its members, rather than a threat, particularly as many shops have turned to Deliveroo during the pandemic.

Andrew Goodacre, boss of the British Independent Retailers Association, said: “An online sales tax is one approach but it will not solve the whole problem. The government could also look at corporation tax, the rates paid on distribution centres, or delivery taxes, for example.”

The possible introduction of an online sales tax has scored positively with the public, with pollsters finding that voters want online retailers to pay more. But British retailers are growing increasingly cautious that a populist attempt to squeeze money out of Amazon will come back to bite them.

What retailers are most concerned about is a double jeopardy situation — where they end up paying a new tax on the only part of their business that is growing while also continuing to be lumbered with rates. Senior retail sources said that they were concerned that the Treasury was considering an online sales tax separately to business rates reform, which has been pushed back until the autumn.

Peter Pritchard, boss of Pets at Home, has said that an online sales tax would be a “sticking plaster” that could end up being passed on to consumers, a sentiment shared by the bosses of Next and Marks & Spencer. Lord Wolfson of Aspley Guise, chief executive of Next, which last year made 40 per cent of its sales online, has mooted an increased tax on warehouses to fund a rates cut.

Steve Rowe, chief executive of Marks & Spencer, who has an ambition to grow the retailer’s online sales to 40 per cent of turnover within the next three years, has proposed an increase to corporation tax to afford business rates reform and called for rates to be reduced to better reflect rent values.

Andrew Murphy, executive director for operations at the John Lewis Partnership, said: “The future for many retailers is a mix of online and stores to cater for how customers increasingly want to shop.

“But we must be careful of unintended consequences: taxing online sales beyond existing VAT is highly likely to harm the very businesses that such a move would seek to support.”

John Lewis typically pays £182 million a year in business rates, but has claimed the government’s relief during the pandemic and is reportedly considering closing more stores after the crisis wreaked havoc with its finances.