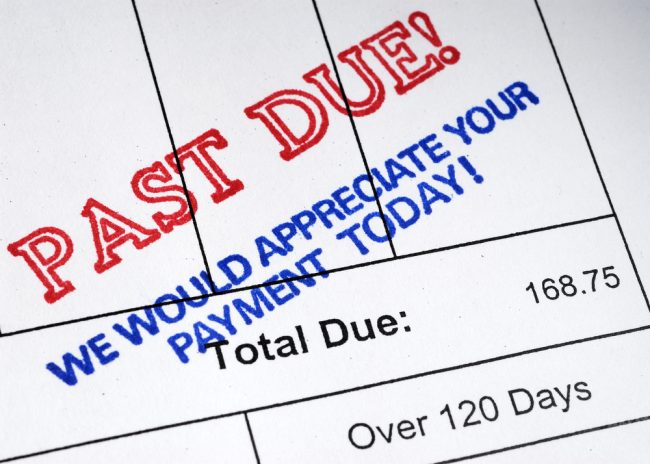 Over a quarter of UK companies have suffered a hit to their finances following the insolvency of a customer, supplier or debtor in the last six months, according to new research.

The research found the financial impact of the insolvency of another business was described as “very negative” by one in ten UK companies, and as “somewhat negative” by 16 per cent of respondents.

The figures are evidence of the so-called ‘domino effect’, where one company’s insolvency will increase the insolvency risk for others.

In Q1 2018, following a spate of high profile insolvencies involving large companies such as Carillion or Toys R Us, underlying insolvencies climbed 13 per cent from the previous quarter.

Andrew Tate, spokesperson for R3, the business recovery association that carried out the research, says: “No business exists in isolation, and every headline-grabbing corporate insolvency will have consequences for numerous other enterprises. In the worst-case scenario, the loss of a vital business relationship can lead to a company’s own insolvency in turn – the ‘domino effect’ in action. Recently, we have seen a string of insolvencies of high-profile companies, from Carillion to Toys R Us, which will have caused upheaval at other companies.

“After the news of the Carillion liquidation broke, for example, our members reported an immediate upsurge in requests for advice from companies with links to Carillion. Many retailers have hit the headlines as a result of their current difficulties, causing less visible struggles at other firms, such as suppliers and service providers.

“Often, the problems caused by the domino effect are ones that firms are able to weather, albeit with a hit to future turnover and profitability. The insolvency and restructuring profession has a role to play in helping to steady firms at risk of the domino effect, a task that would be easier with access to a more flexible set of tools, such as the business rescue ‘moratorium’ proposed by the Government back in 2016. Despite the help a moratorium would offer a company dealing with a sudden shock, very little real progress has been made to introduce it.”

Construction businesses were the most likely to say the insolvency of another firm had had a negative impact on their finances in the last six months, with almost half reporting a hit.

Official figures show that construction has been contracting over recent quarters, with weaker growth in house prices slowing output among housebuilders, and falling spending on infrastructure reducing the sector’s contribution to GDP.

Wholesale and transport were the next-most affected sectors.

Andrew Tate comments: “The construction sector’s networks of contractors, sub-contractors, sub-sub-contractors, and so on mean that it is highly interconnected, with the impact of one insolvency rapidly affecting other firms. The wholesale and transport sectors are both low-margin industries exposed to the ups and downs of the retail arena in particular, while the increasing demand for just-in-time logistics leaves little margin for error in either sector.”

“Middle-sized companies are less likely to have the same resources focused on credit control as larger ones, especially if they have grown rapidly without ensuring their systems have kept pace. Reliance on a single supplier or customer can also be an issue in this space, meaning that any difficulties in a supplier or customer may have a disproportionate effect.”

One in ten firms said the insolvency of a counterparty had not had a material impact on their business, with just under half reporting that none of their suppliers, customers or debtors had entered an insolvency procedure in the past year.

Andrew Tate adds: “Any smart business knows it needs to mitigate risks due to insolvency in its supply chain or its customers through active monitoring of partners’ credit profiles, diversification where possible to spread risk, and through building strong relationships that can provide support when a major counterparty hits a rough patch.

“If your business hears that a partner is in financial distress or is insolvent, calculate your potential exposure and seek expert advice immediately if it will be significant. You could also look to the possible upsides: could buying the distressed business help your own business? Can you pick up any new contracts or customers? Counterparty insolvency is likely to affect every business out there at some point so prepare as best you can, with a contingency plan in place.”