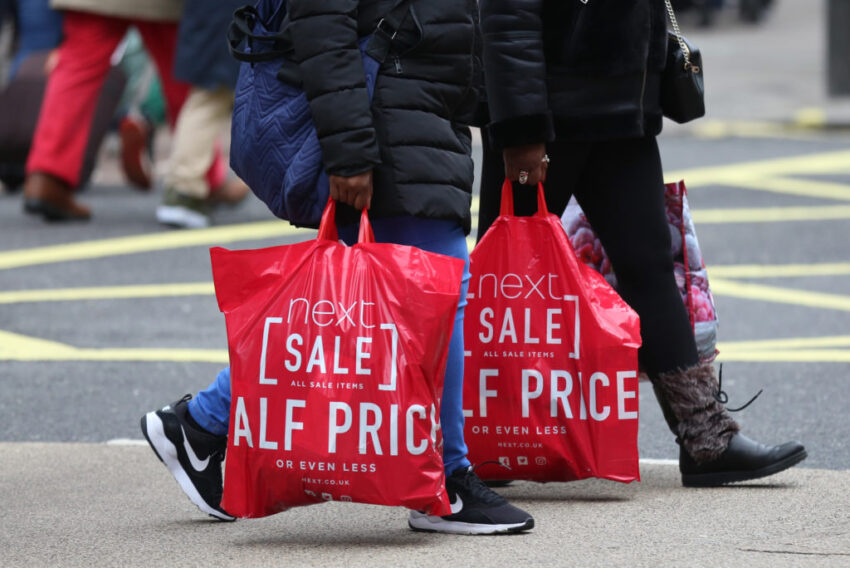 Retailers rose to the top of the FTSE 100 on Thursday following a decent showing from high street chain Next, but it wasn’t enough to lift London’s top flight out of the red.

Defying the trend on London’s premier index were the likes of Tesco, Associated British Foods, Morrisons and Marks & Spencer, which were riding high off the back of Next’s Christmas trading update.

The high street chain cut its annual profit forecast and predicted falling earnings over the year ahead, but revealed a solid Christmas performance.

Fiona Cincotta, senior market analyst at City Index, said: “Investors have chosen to look on the brighter side of some not quite as dismal as expected results.

“The profit downgrade being less than investors were expecting, plus sales in the weeks leading into Christmas making up for a stinking November, gave investors reason to cheer.”

The group said full-price sales rose 1.5% between October 28 and December 29, in line with expectations.

It saw high street store sales slump 9.2% over the Christmas trading period, though this was offset by a 15.2% surge online.

It downgraded its profit forecast to £723 million for the year to January, from the £727 million previously expected, and said the next financial year will remain under pressure.

Ms Cincotta said that currency traders are waiting for the next instalment of the Brexit saga before making their next move.

“She (Theresa May) is seeking to get legally binding assurances on the issue of the Irish border ahead of another Brexit vote in Parliament next week, which, if unsuccessful, may lead to the postponing of the Brexit deadline from March to late June.

“The currency markets are chewing on all the possible outcomes but as they are not back to full volume of trade yet the pound reacted with slight declines against both the dollar and the euro.”

Sterling also dipped early in the session after fresh data showed output in Britain’s construction sector grew at the slowest pace for three months in December as Brexit worries continue to hold the industry back.

The Markit/CIPS UK Construction purchasing managers’ index (PMI) fell to 52.8 in December, down from 53.4 the previous month.

A reading above 50 indicates growth but economists had been expecting a reading of 52.9.

December’s modest rate of expansion was the slowest seen since September 2018.

A barrel of Brent crude was trading flat at 54 US dollars.