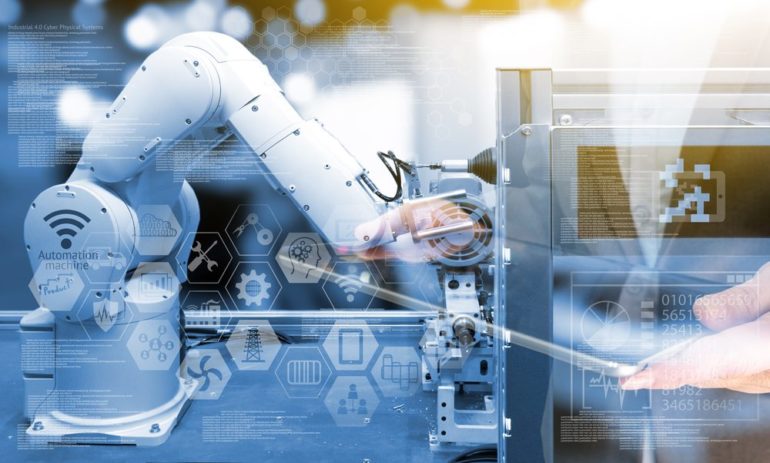 Research findings revealed today show that nearly half of UK office workers are optimistic about the impact automation technologies will have on the workplace of the future.

However, the cost of implementation and lack of infrastructure are big barriers to adoption for UK businesses.

A survey over 1,000 UK office workers was carried out to explore their attitudes and expectations of cutting-edge technologies including automation, robotics, and artificial intelligence (AI), including machine learning. It found that 40 per cent of respondents believe machine learning will have a potentially positive impact in the workplace along with robotics. Only 10 per cent of respondents felt automation would have a negative impact.

Opportunity for an automated workplace

Nearly half of respondents revealed they have given serious thought to how automation technologies can support their department with its day-to-day processes; this rises to 85 per cent among those office workers who are responsible for finances. In addition, business owners and directors, who were also part of the research sample, believe that as much as 40 per cent of business tasks in their organisation could be automated in the next three to five years. Tasks such as invoicing, managing expense claims reporting and administration tasks were all highlighted as having the potential for automation in the near future.

As a result of increasing the use of these technologies in the workplace, office workers are starting to see the benefits these could have, including freeing up staff time to do higher value, core business tasks, lowering costs and improving the accuracy of results.

Lee Beardmore, Vice President and Chief Technology Officer of Capgemini’s Business Services Unit, says: “It’s really heartening to see the optimism for automation technologies among the UK’s office workers – particularly when nearly half have given serious thought to implementation in their own workplace. At present our survey estimates that around 13 per cent of businesses in the UK are benefiting from automation, but there’s still a lot that haven’t seen anything yet. We certainly expect this figure to rise in the near future as more and more businesses realise the transformational power of technologies such as AI, robotics and automation. All of these technologies represent an opportunity for growth for businesses in every industry sector.”

Barriers to a more automated future

Although there is much optimism surrounding the benefits of automation technologies, office workers also noted a number of challenges to their organisation’s adoption, with an average of  just under a third of respondents saying that implementation costs were the main barrier across all the technologies. Interestingly, Cybersecurity is most commonly seen as an obstacle to taking up AI, while there is least awareness of the potential benefits of robotics and machine learning. Time needed to implement, as well as skills and expertise needed, were also in the top five reasons cited as barriers.

One of the biggest problems businesses will have to overcome is a lack of infrastructure. More than seven in 10 office workers were either not sure or knew their businesses didn’t have the infrastructure in place to adopt AI. Respondents had the most confidence in automation, but 60 per cent still admitted they didn’t or might not have everything in place to adopt the technology.

Lee Beardmore, continues: “I would urge all businesses to not only start thinking about the potential value of automation technologies, but to also start looking at the skills and expertise they need within their organisation for future implementation, to stay competitive in the years to come. That’s why we are continuing to help in the drive to educate and support businesses when it comes to key technologies such as AI, robotics, and automation. By doing so Capgemini aims to boost the prospects of individual businesses and UK PLC’s productivity on the whole.”

Antony Walker, deputy CEO of techUK said: “This survey is a useful reminder of the positive outcomes we will see from automation. Whilst it is clear that new technologies will have a transformational impact on many jobs, it is by no means inevitable that machines will simply be used to displace humans. Dynamic economies that harness innovation to drive productivity and economic growth remain the best generators of rewarding and meaningful employment. This study suggests that many of today’s workers see real benefits in technological innovation.”