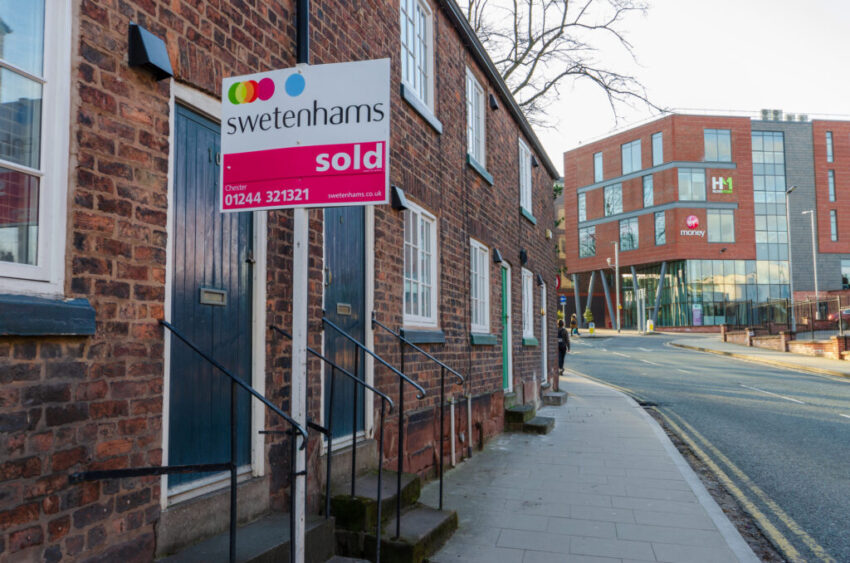 Mortgage approvals rose at their fastest rate in more than 13 years in October as the housing market powered on, fuelled by a cut to stamp duty, figures from the Bank of England show.

Approvals for house purchases beat expectations to reach 97,532, up 5.9 per cent on the previous month and 51 per cent on a year earlier, according to the Bank’s monthly money and credit report.

The housing market is benefiting from pent-up demand released when the first Covid-19 lockdown was ended in the summer, as well as a desire for larger properties better suited to home working and the cut to stamp duty.

Under the new stamp duty rules, no tax is paid below £500,000 on purchases. The changes, which are worth up to £15,000 for buyers, are due to end on March 31 next year, with experts warning that the market is likely to dip afterwards.

Andrew Wishart, property economist at Capital Economics, said: “We suspect that the boom in housing market activity will reverse sharply when the stamp duty cut expires in March and pent-up demand from the first lockdown is expended. And the apparent tightening of high loan-to-value credit could see activity start to ease off before then.”

Economists said that rising unemployment also would choke off demand next year. According to the Office for Budget Responsibility, the jobless rate will peak at 7.5 per cent during the spring — twice the pre-pandemic rate of 3.8 per cent.

The uncertain economic outlook has caused consumers to rein in their spending. The Bank of England’s latest figures show that net consumer lending fell by £590 million in October, much of it because of repayment of credit card debt. Lending to consumers was down by 5.6 per cent compared with a year ago, the biggest drop since monthly records began in 1994.

The dramatic fall in consumer lending has been attributed in part to the lockdown, which has prevented people from going out and spending. This has led to a big increase in involuntary saving. Household savings rose by £12.3 billion, the biggest monthly increase since May.

Josie Dent, managing economist at the Centre for Economic and Business Research, said: “Despite the strong housing market figures, the fact that consumers continue to pay off their credit cards highlights the fact that households remain hesitant, with consumers preferring to repay than accumulate new debt. The coronavirus pandemic will remain a source of caution for households well into 2021.”