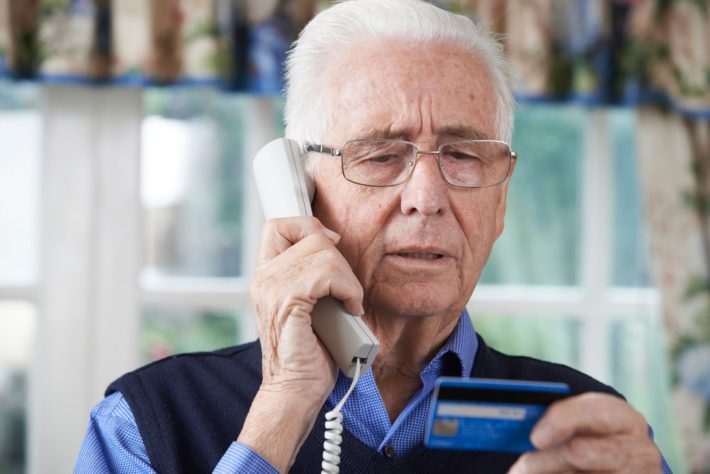 Consumers have been conned out of more than £2.3bn in the space of a year after a “devastating surge” in scams as fraudsters exploited the pandemic.

The consumer body Which? found that in the year to April 2021, 413,553 instances of fraud were reported in England, Wales and Northern Ireland – an increase of 33% on the previous 12 months.

Online shopping scams topped the table as criminals took advantage of the fact that locked-down consumers were buying more items via the internet.

These scams – which included people unknowingly buying from fake websites and then finding that the goods never arrive – surged by 65% over the year, with more than 103,000 reports from victims. The total amount lost to this scam was £69m, equating to an average of £674 per reported incident.

Which? analysed data from Action Fraud, the UK’s national reporting centre for fraud and cybercrime, between April 2020 and March 2021. In previous years, scams reported to Action Fraud have increased in more modest increments: the rise from 2019 to 2020 was 8%.

Which? said the surge suggested “the scams industry has boomed during the Covid pandemic”. In total, more than £2.3bn was lost by victims as a result of the various scams.

While online shopping scams were by far the most reported type of fraud, the category that saw the biggest year-on-year increase in reports – up 83% – was phone and text scams. Fraudsters have taken advantage of people’s changing habits, with a surge in texts purporting to be from courier and delivery firms asking recipients to pay an admin fee to retrieve a package.

The texts typically include a link to a website that asks for payment details and other personal information, which fraudsters often use to set up accounts or payments in the victim’s name.

In May the Guardian featured a number of cases of people who had been hit by this scam, including a woman who received a text and ended up being persuaded to transfer £35,000 from her bank account into one controlled by criminals.

Investment fraud accounted for the most money reported lost overall, at £535m. That works out as an average of £25,496 for each of the 20,989 reported incidents. This type of fraud – incidents of which rose by 50% in a year – typically involves people being tricked into thinking they are making a genuine investment with the prospect of lucrative returns.

Some locked-down consumers ended up losing money after using search engines to research investments, while others were tricked by adverts on social media sites. Many scams involve cryptocurrencies such as bitcoin or schemes that claim to offer early access to pension pots, and some ads carry fake celebrity endorsements.

Dating scams increased by 40%. These typically involve individuals being tricked into transferring money to people they have met online.

Which? is one of many organisations calling for the government’s online safety bill to give online platforms a legal responsibility to identify, remove and prevent fake and fraudulent content on their sites. It said: “Tech giants, banks, telecoms providers, regulators and the government need to keep up with the evolving tactics of scammers.”

The consumer body said the figures “probably vastly underestimate” the true picture. Office for National Statistics crime data suggests there were more than 4m incidents of fraud in 2020, which would mean only about 10% of offences are reported to Action Fraud. The Action Fraud figures analysed did not include Scotland.