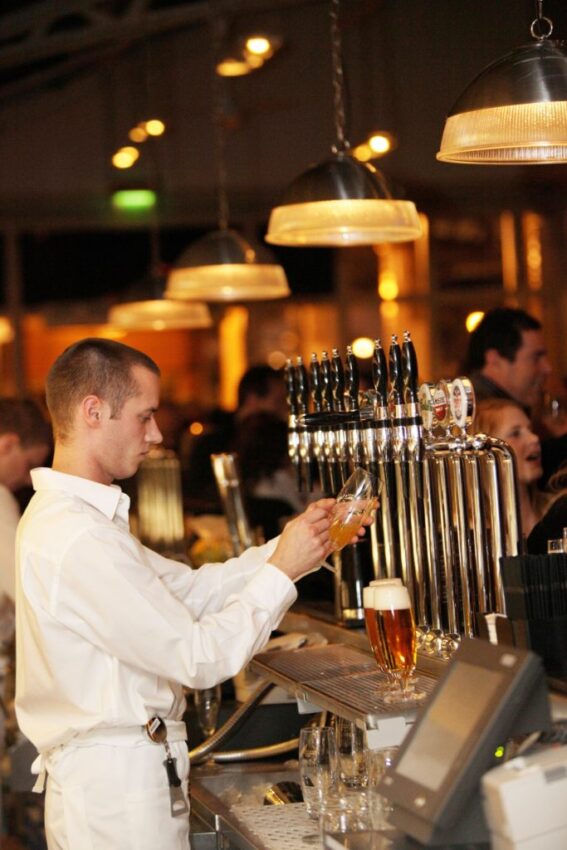 Adjusted profit before tax slipped from £180 million to £178 million in the year to September 29.

Analysts had expected profits to fall to £175 million, after profitability in the first half was knocked by snowy weather.

Adjusted revenue climbed to £2.15 billion, while like-for-like sales were up 1.3%.

The group has a range of eateries, pubs and bars including Browns restaurants, Irish pub chain O’Neill’s and cocktail bar All Bar One.

M&B said “Brexit, political uncertainty and limited growth in real wages” had weighed on consumer confidence across the whole eating out industry, but that it is adapting by up-scaling its offer.

“Market trends suggest that consumers are eating out less frequently but spending more when they do, supporting our strategy of premiumisation and focus on providing opportunities for guests to ‘trade up’ menus,” the firm said.

This was borne out in the results, which showed average spend per item on food was up 5.9% in the period, and the average spend on drinks was 4.9% higher.

Mark Brumby of Langton Capital said: “Cost headwinds remain a problem and demand is somewhat uncertain for the year ahead. But these are industry-wide rather than M&B-specific issues and the group is pulling what levers it can to maintain and grow profits.

“In recent years, M&B has expended a great deal on capital spending. The returns here will have shored up the overall numbers.”