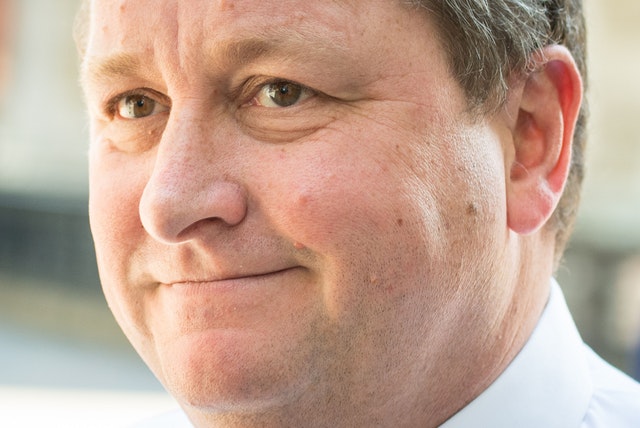 Mike Ashley has tabled a bid for the collapsed store and fitness chain of his greatest corporate rival — potentially landing a final blow in one of retailing’s longest-running feuds.

A move by the tycoon for Dave Whelan’s DW Sports would be one of his more strategic moves, after spending the past five years acquiring a string of stakes in non-sportswear retailers, ranging from Sofa.com to Agent Provocateur, the lingerie chain.

Mr Ashley’s Frasers Group, formerly known as Sports Direct, has offered £30 million for the business, The Sunday Times reported yesterday, higher than the £20 million price put on the business by BDO, the administrator. DW Sports collapsed this month, prompting speculation that Mr Ashley would take the opportunity to move in with a bid.

Two decades ago Mr Whelan, 83, the former owner of Wigan Athletic FC and founder of the now-defunct JJB Sports chain, told Mr Ashley, 55: “There is a club in the north, son, and you’re not part of it.”

The comment prompted Mr Ashley to blow the whistle on a price-fixing scam on football shirts, triggering an Office for Fair Trading investigation and multimillion-pound fines for Mr Whelan’s chain.

Mr Whelan sold his stake in JJB Sports in 2007 and the chain went bust two years later. Mr Whelan started DW Sports, which employs 17,000 people and operates 73 gyms and 75 retail stores, after buying 50 of JJB’s stores out of administration. It is thought that Mr Whelan’s family had been interested in buying back some of the DW Sports portfolio from BDO.

The cost of Mr Ashley’s dealmaking will be laid bare on Thursday when Frasers Group unveils its delayed full-year result. It has 29,400 employees and 540 UK stores. It is expected to reveal heavy losses at House of Fraser.