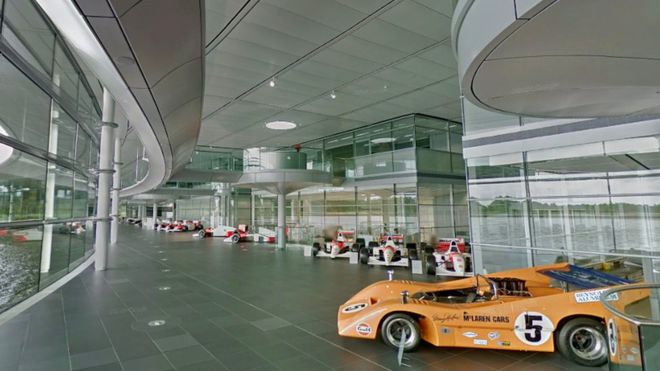 According to Sky News, the deal could be announced as early as tomorrow, although details of the size of the deal were as yet unclear.

It comes just weeks after Saudi Arabia’s sovereign wealth fund took a hefty stake in the Woking-headquartered firm, which has taken drastic steps to recapitalise in the aftermath of the coronavirus pandemic.

Roughly 250 people are employed by the division, which operates out of McLaren’s iconic HQ on the outskirts of Woking.

Investment firm Greybull has established a reputation over the last decade or so of buying out distressed companies.

Recent deals include swoops for airline Monarch, which collapsed in 2017, and British Steel, which also went bankrupt in 2019.

Selling the Applied Technologies division would be just the latest in a number of steps McLaren has taken over the last year to recover from the pandemic.

Sales at the auto firm fell 60 per cent last year, with the company making a £312m loss as a result. It was also forced to lay off a quarter of its staff last summer.

In addition to the Saudi-led equity raise, McLaren has already gained £300m from a prior raise last March, and scooped £180m from the sale and leaseback of its Norman Foster-designed hq in April.

It also raised £185m from the sale of a separate stake in McLaren Racing.