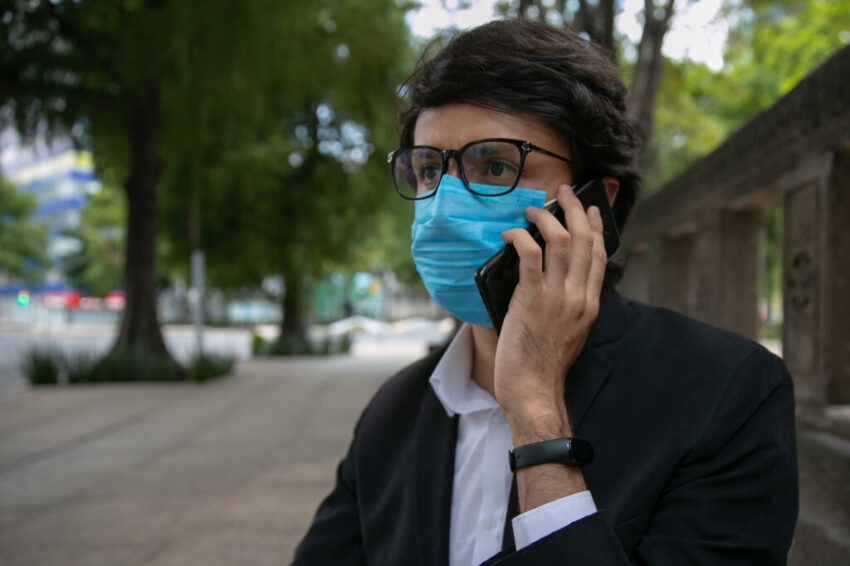 Police chiefs and retailers have warned mandatory face coverings will be difficult to enforce if there is mass public resistance to masks, suggesting shop staff are likely to bear the brunt of the burden.

Speaking in the Commons on Tuesday, Matt Hancock warned that failure to comply would not only lead to police enforcement but would risk the lives of shopkeepers, who have been up to 75% more likely to die from Covid-19 than the general population.

However, although the measure will not be implemented until 24 July, the government has been criticised by senior police officers for failing to warn them in advance that it would be introduced.

Martin Hewitt, chair of the National Police Chiefs’ Council, said forces were already under pressure to cope with a raft of new enforcement measures and needed time to prepare.

He said police were “unaware that the announcement was to be made last night” and now needed to work swiftly with retailers on how to enforce mask-wearing, suggesting some burden would be on shop staff.

“We will expect retailers to manage entry to their stores and compliance with the law while customers are inside, with police involvement as a last resort,” he said.

Ken Marsh, chair of the Metropolitan Police Federation, said it was “absolutely absurd” to expect police to enforce the new rule and “nigh-on impossible”, adding that shopkeepers needed “to step up to the plate and take some responsibility”.

“You won’t have a police officer on every shop door because there isn’t enough of us,” he told the BBC. “If a shopkeeper calls the police because someone hasn’t got a mask on, they haven’t got the power to detain them so that person can just walk away. This cannot all be laid on the shoulders of the police yet again.”

Hancock said shops would have the power to refuse entry to customers who do not wear a mask and to call the police if shoppers refuse to comply. Fines of up to £100 can be issued but Hancock said it would be a “last resort” and that the government expected compliance.

Retailers also said they were awaiting guidance on where the measure would be applied. On Tuesday the cabinet office minister Michael Gove was pictured entering a Pret A Manger without wearing a mask.

“We welcome the indication that shop workers will not be expected to enforce the wearing of face coverings,” he said. “They are already dealing with more abuse than normal and this could be another flashpoint.”

Speaking in the Commons, Hancock suggested that mask-wearing would encourage people to shop with confidence though he was rebuked by the Tory MP Sir Desmond Swayne who said it would have the opposite effect.

In a broadside against the policy, Swayne called it a “monstrous imposition” and said constituents were furious. “Nothing would make it less likely for me to go shopping than the thought of having to wear a mask,” he told the Commons.

Hancock said the death rate of sales assistants and cashiers is 75% higher among men and 60% higher among women than in the general population. “As we restore shopping so we must keep our shopkeepers safe,” he said.

The measure has had broad cross-party support, despite Swayne’s objections. One Tory source said there was privately “lots of unease” at enforcement via legislation but few wanted to raise concerns publicly.

Even Ukip issued a statement on Tuesday condemning right-wing commentators who have criticised the move. “It concerns us that so many like-minded, free-thinking people in the UK are objecting to this, calling them ‘muzzles’ and ‘face nappies’,” the party said in a statement. “We too would not support the move if the science wasn’t compelling.”

Despite the easing of the lockdown the number of shoppers visiting high streets and shopping centres is still dramatically lower than was the case before the crisis. Retail footfall collapsed by 57% in June 2020 compared with June 2019, according to research by the data company Springboard.

Shoppers in Scotland appear to have been willing to comply with the new law. The Scottish Retail Consortium has reported no serious incidents. The Scottish police said that over the last weekend they did not issue a single fine for non-compliance.