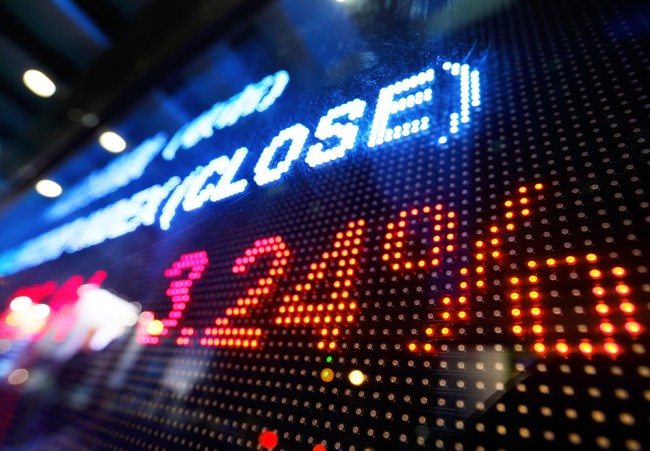 Japan’s Nikkei index fell more than 2 per cent, and Paris’ CAC-40 index and Frankfurt’s DAX opened down 2.1 per cent and 1.9 per cent respectively, a more muted reaction than forecast.

“The risk of a Grexit has certainly increased. This will make for a traditional ‘risk-off’ in line with what we saw last Monday, with more risky assets going down and money floating to safe havens,” said Philippe Gijsels, head of research at BNP Paribas Fortis Global Markets.

“At the end of the day, the negotiations will continue but the outcome is uncertainty.”

On Sunday, the Bank of Greece (BoG) said it planned to make a formal request to the European Central Bank for fresh support.

Without more emergency funding from the ECB, there are fears that Greece’s banks could run out of cash within days, potentially forcing the government to issue another currency to pay pensions and wages.

But some European officials have already warned that creditors could take a “No” vote to mean that Greeks had rejected further talks.

Germany’s Deputy Chancellor, Sigmar Gabriel, told local media that renewed negotiations with Greece were “difficult to imagine” and that Greek Prime Minister Alexis Tsipras had “torn down the bridges” between Greece and Europe.

Kathleen Brooks, UK and EMEA research director at currency firm FOREX.com, warned that she expected the euro to fall further.

“I don’t think that the market really thought there would be a ‘No’ vote. However, now that Tsipras’s bluff has been pulled, essentially Athens has the upper hand over the European authorities. We believe that this makes the euro extremely vulnerable to speculative attack in the coming days.”