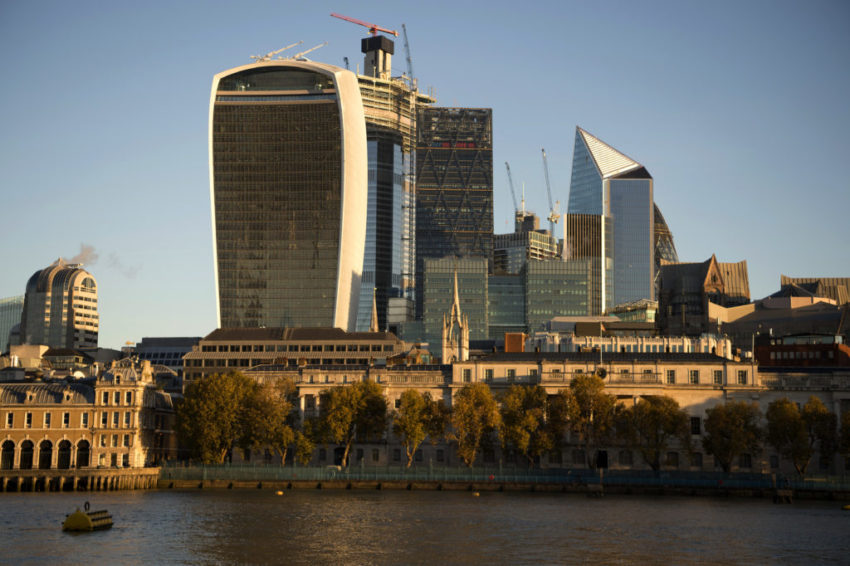 Markets were lower on Tuesday as concerns about Britain’s departure from the European Union, Italy’s budget woes and the US-China trade relations weighed on investors.

The pound continued to weaken on Brexit uncertainty. Northern Ireland’s Democratic Unionist Party (DUP), which have been propping up the Conservatives in Parliament, refused to back the Government in a series of Commons votes on the Budget.

The DUP say Mrs May’s EU withdrawal agreement reached in Brussels last week breaches a guarantee that Northern Ireland would not be treated differently from the rest of the UK.

“Today, we are seeing a wide-range sell-off as global sentiment has taken another turn for the worst.”

In corporate news, lender CYBG swung to a full-year loss after it was forced to take an extra £150 million charge linked to the mis-selling of payment protection insurance.

The group, which owns the Clydesdale and Yorkshire banks, booked a £164 million pre-tax loss in the year to September 30, compared with a £268 million profit in 2017.

EasyJet shrugged off strike woes and surging costs to notch up a 41% jump in annual profits.

The budget carrier reported pre-tax profits of £578 million for the year to September 30, up significantly on the £408 million seen the previous year.

Global catering giant Compass backed Theresa May’s Brexit deal as being “better than no deal” as it revealed plans to begin stockpiling food if the UK looks on course to crash out of the EU.

The group, which is the world’s biggest catering firm, warned in its full-year results over the risks of a no-deal Brexit to its food supply and workforce.

Ei Group, the UK’s largest owner and operator of pubs, is preparing for a potential sale of its commercial property portfolio, in a deal which could be worth more than £400 million.

Mr Madden said: “US stockpiles are rising, the global economy is slowing, and there is a perception that future demand will be weak. To add to the mix, production from Libya has soared, and there is talk that production could be ramped up even further.”