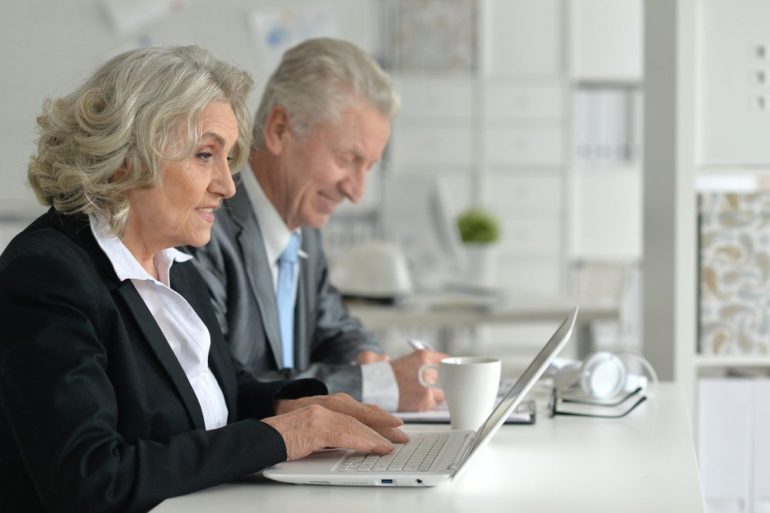 A new study has found that despite the over 50s now forming a third of the UK workforce, 74 per cent of older workers feel that employers aren’t doing enough to recruit them.

The research examined the attitudes of 1,002 workers over the age of 55, as well as 100 senior HR professionals.

It reveals that over a third of older workers have experienced bias towards the younger generation in the workplace, and a whopping 73 per cent say that employers aren’t doing enough to tap into their knowledge and skills.

Whilst the majority of older workers say that they do generally feel respected at work, as many as one third feel side-lined, and 17 per cent say they have been passed over for promotion because of their age. And despite almost all UK businesses believing older workers could be the key to bridging the skills gap, only one in five are currently looking to the over 50s to grow their business.

Commenting on the findings, Chris Merrick, Director at Capita Resourcing, said: “The UK’s older working population is set to increase rapidly in the coming years, whilst at the same time the number of skilled school-leavers will continue to struggle to fill employment gaps. Yet with eyes focused on technology and innovation, few businesses have older workers on their agenda, leading to a huge missed opportunity. It’s time for a recalibration of what it means to be an older worker – these employees want to be challenged, not side-lined.”

On retirement, the majority of older workers understand – or even support – the government’s decision to raise the pension age to 66 by 2020, but some are also concerned about the impact this might have. Over two thirds believe there is a significant mismatch between the Government’s view that people need to work longer and bias amongst employers towards younger people, and 79 per cent of businesses say that the Government has not given enough thought to the business impact of raising the retirement age.

Merrick concludes: “The good news is that there are many steps that business can take now to benefit from an ageing workforce, such as conducting an age audit to identify patterns of discrimination, and introducing reverse mentoring to upskill senior employees in areas such as digital. Businesses can also tailor their benefits in line with the wants and needs of the older generation, such as more flexibility.”