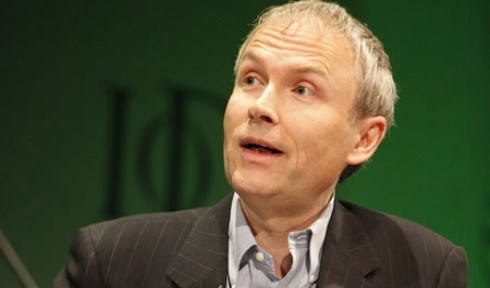 Johnson, writing in today’s FT, claims that the ‘BBC has always regarded business with suspicion.’
Johnson then goes on to say that ‘Dragons’ Den is a cartoon masquerading as factual television’ stating that ‘it has more in common with broadcast wrestling than the real world of investing.
As someone who owns a large holding in business angel company Beer & Partners, through his venture capital company Risk Capital Partners, Johnson goes on to state that ‘the very idea that genuine venture capital takes place in such a ludicrous way is a farce. It is obvious that many misguided projects are encouraged to present because they provide a few cheap laughs.’
‘In Dragons’ Den, entrepreneurship has been dumbed down to the status of staged entertainment. This is a tragedy. Britain needs entrepreneurs who are positive role models, who inspire others, and who help create jobs and accelerate our recovery from the recession.’
‘The Dragon’s’: More for amusement that business?
‘Real angel investing is not a game. It is a vital source of funding for early stage companies that may represent the next wave of industry. It succeeds when it involves rigorous due diligence, conscientious research and professionalism. It involves long-term backing and collaboration, not macho bidding contests based on a two-minute pitch. It is a shame such a serious matter is debased by this sort of fake drama, much of it cooked up for the cameras for prime-time consumption.’
Johnson completes his attack on Dragons’ Den by saying ‘Perhaps in 2005, when Dragon’s Den was first shown in Britain, there was a degree of novelty and even a modest element of authenticity about it, but now in its eighth series, the concept has been milked dry and has descended to the level of caricature. The “Dragons” participate for the publicity, the producers want tears and jokes.’
Simon Woodroffe, one of the original Dragons and founder of Yo-Sushi & Yo-Hotel, is quoted by Johnson as saying “The thing to remember is that when you walk up the stairs [to pitch an idea] it’s not five people thinking ‘How am I going to be able to make an investment here?’ They’re actually thinking ‘Am I going to be the star of this next little piece?’”
You can read Luke Johnson’s full column in today’s FT