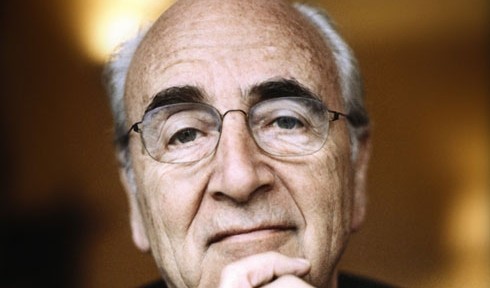 The David Cameron has asked Young to produce a ‘brutally, brutally honest report’ which will help small businesses get Government procurement contracts and end the public sector’s ‘institutional bias’ against them.
The Prime Minister has said that he wants ‘nothing less than a wholesale change in attitude’ from the Government toward SMEs. In his review, Young will look at encouraging enterprise, doing away with red tape and helping small businesses get access to Government finance, whilst also improving the way Government listens to SMEs when it’s coming up with policy.
However Lord Young’s remit might be placing him on a collision course with the Government’s other business adviser, Sir Philip Green who has just produced a report for the government on streamlining procurement practices.
One of Green’s recommendations involved the Government making the most of its buying power by replacing its five-day payment pledge with the standard structure of 30 or even 60 day terms favoured by large companies.
The appointment comes as Vince Cable prepares to host a summit to ‘promote’ SMEs; the business secretary says he is planning to ‘reaffirm’ the Government’s target to award a quarter of contracts to small and medium-sized businesses.
The Federation of Small Businesses says at the moment, only 16% of contracts go to small businesses – partly, according to spokesman Stephen Alambritis, because Government procurers become ‘starry-eyed’ when confronted with the heads of big business.
Duanne Jackson, the CEO of Kashflow ltd, the accounting software company, which boasts Lord Young as it’s chairman said: “It’s easy to assume someone with a title is out of touch with the real challenges faced by small businesses.”
“This isn’t the case with Lord Young. He’s been my chairman for a number of years and has helped me grow KashFlow from just an idea into a useful product used by close to 10,000 small businesses. So as well as all the challenges I’ve had to face in growing the business, he’s also familiar with all of the problems our customers have and that we’re trying to ease on their behalf.”
Jackson added: The previous “enterprise czar”, Lord Sugar was feeling a little bitter this morning and tweeted “surprised lord young (who is not so young 78) being used in this role question is maybe he is out of touch with SME’s.” see http://twitter.com/Lord_Sugar/status/29349390601
Jackson rebutted that comment from Lord Sugar by saying that “Lord Young has been involved with at least 6 startups and early stage businesses in recent years and has been very involved with both the Prince’s Trust and the London Youth Support Trust – two charities that do a lot to support small businesses. Whereas Lord Sugar seems to spend all his time in television studios.”
Maybe when making the appointment David Cameron was reminded of his predecessor Margaret Thatcher who appointed, the then David Young as her trade & industry secretary, saying of him: ‘Everyone else brings me problems. David brings me solutions’.