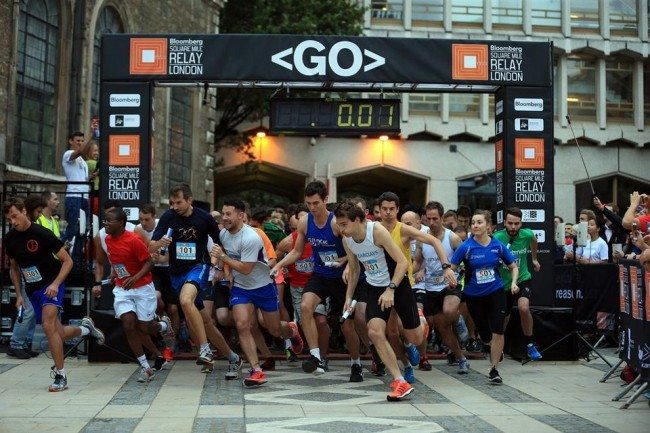 Rival companies battled it out over the unique one-mile course, with Barclays coming in in first place, crossing the line in a time of 53:39 seconds to claim the esteemed title. The winning side’s closest rivals – J.P. Morgan – secured a time of 54:36, falling just short of the top prize to take second place ahead of third placed Trayport Ltd cheered on by a huge crowd of supporters at the Guildhall Yard.

“It’s been a privilege to meet some of the individuals driving London’s financial markets this evening and to see their determination to succeed. The Bloomberg Square Mile Relay, in its ninth year here in London, embodies the importance of collaboration and speed in business and it’s great to see so many of our customers, employees and industry peers running alongside each other for their chosen charities,” said Michael R. Bloomberg, Founder Bloomberg L.P. and 108th Mayor of New York City. 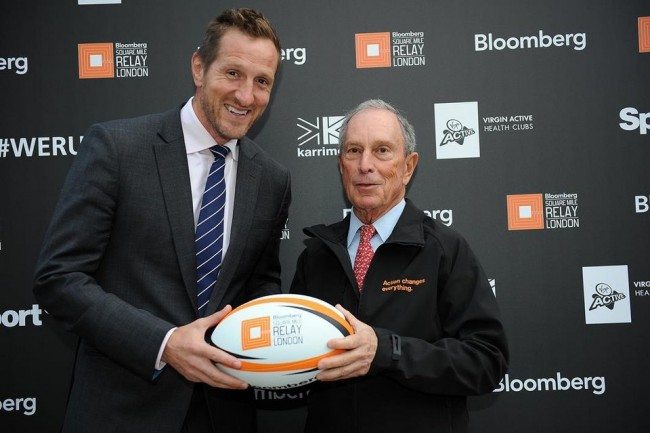 Greenwood added: “I thought I had seen and played sport at the most competitive level but the way these companies have raced each other through the City is right up there! Who wouldn’t want to lay claim to being the fastest company in the square mile? What a fantastic event.”

Also in attendance was the reigning Olympic, World and European Skeleton Champion, Lizzy Yarnold, who awarded the winning teams and individual runners with their prizes. In addition to the bragging rights of the City, the winners also secured a cheque for £5,000 for the charity of their choice, which was Richard House Children’s Hospice.

Speaking at the event Yarnold said “Barclays definitely deserved the win; they were so focused as a team and had some incredibly fast runners. All the teams gave it their all and it was great event for spectators to watch.”

Partnered by Virgin Active, Karrimor and Sport magazine as well as headline partner Bloomberg L.P., the race took place in the heart of London’s financial district.

Once he caught his breath the team captain of the winning team, Stephen Whitehead said, “We are absolutely delighted to have won – it was a great race with J.P. Morgan – we train with them weekly so it was fun to go head to head tonight. It’s such a great event to be part of.”

On the individual front, Jonathan Poole of Commerzbank impressed with a remarkable fastest course time of 4:48.

The ninth edition of the annual event saw more than 1,000 City workers pound the streets down alleyways and up staircases, with the start and finish line situated at the Guildhall Yard.

With the racing finished, teams enjoyed an after party where runners and spectators were given the chance to celebrate with music, food and drink in the race village. The Bloomberg Square Mile Relay baton is now passed to Singapore, Shanghai and Hong Kong where the races will take place on 1st October, 15th October and 5th November respectively.