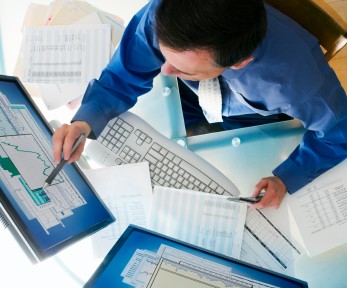 Encouragingly in the latest CBI / KPMG London Business Survey of 264 companies, 41 per cent of respondents say they feel more optimistic about the prospects for the economy over the next six months, a sharp rise from the December survey. Just under half of London firms say they feel more positive about their own six-month business prospects, up from 31 per cent in December.

But this rise in optimism is tempered by concerns over the ongoing Eurozone crisis. The number of employers now freezing their recruitment has more than doubled to 51 per cent, from 23 per cent six months ago, with only 16% now hiring as normal, compared with 54 per cent in the December survey, and the lowest figure for 18 months.

In general, investment intentions in all categories have not reached the level they were at in mid-2010. A quarter of companies plan to decrease their investment in IT, equipment, plant and machinery over the next six months, or make no investments at all in this area.

Sara Parker, CBI London region director, said: “In this milestone year for London, it’s great to see that the capital’s firms are more optimistic than six months ago, but the shadow cast by the Eurozone crisis continues hang over businesses and the economy.

Companies highlighted the same strengths and weaknesses of doing business in the capital as six months ago – the top three strengths highlighted were the access to global markets; the skills and talent pool; and the proximity to customers and clients. London three major perceived weaknesses were:
1. Overall operating costs
2. Transport
3. Tax environment.

There have been relative improvements across all transport modes in the last six months, but the roads continue to be the exception, with half of respondents saying that the road network has deteriorated. The Tube continues to show the biggest improvement, with 42 per cent of firms saying that it is improving, up from 36 per cent six months ago and 20 per cent a year ago.

Richard Reid, London Chairman of KPMG, said: “It’s encouraging that the number of London companies rating the capital as a good place to do business has increased from six months ago, especially among smaller firms. The ease of access to global markets, talent pool and proximity to customers are factors which consistently impress companies based in the capital.

“Generally businesses are happier with transport in London, improvements on the tube are very welcome and many large rail projects are already underway – which will all enhance the ability to do business in our domestic markets. However, it is very apparent that in the battle to do business with international markets our lack of air capacity in the South East is likely to seriously undermine our position as a leading global centre.”

Sara Parker added: “Rebalancing our economy will require UK companies to successfully compete for business in high-growth markets, like Asia and Latin America, but at the moment there are not enough direct flights to some of these countries.

“That’s why we urgently need the Government to address the issue of airport capacity in the south-east and look at how we can secure the UK’s hub status for the future.”