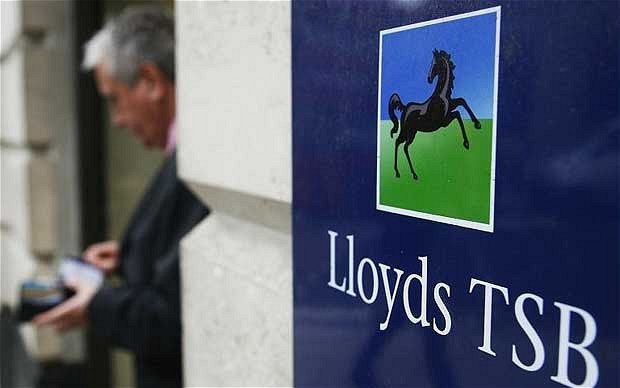 The taxpayer currently owns 39pc of Lloyds, with the share sale acting as a precursor to the auction of Royal Bank of Scotland (RBS) shares later in the year. RBS is 82pc state-owned and the auction of Lloyds shares could be announced in Mr Osborne’s speech at the Mansion House on June 19.

The news comes as conservative think tank Policy Exchange unveiled a proposal that would see up to £34bn of the government’s £48bn of shares in RBS and Lloyds end up in taxpayers’ hands. It is proposed that voters are handed shares worth as much as £1,650, with no requirement to pay for them until they were sold.

The offer would be open to adult British residents who have a national insurance number and are registered on the electoral roll. The plan was devised by James Barty, a former head of equity strategy at Deutsche Bank, reports The Telegraph.

Mr Barty said he examined all the options available to the government and “concludes that a distribution of shares in both banks to taxpayers be repaid on sale, combined with an institutional and retail placing, is the best solution.”

“Any privatisation has to be done in a way that will strengthen the banks and allows them to compete on a fully commercial basis when back in private hands,” Mr Barty said. “In our view that means finding a solution that moves the banks quickly from the public to the private sector, while at the same time generating a stable share price and an opportunity for the banks to raise capital.”

Capita Registrars, the UK’s largest provider of share registration services, thinks the distribution process would be “logistically complex” with potentially 30m shareholders being created in quick order. However, Paul Pindar, Capita’s chief executive, noted that share registrars already had robust systems in place to provide services to millions of shareholders each day for the largest companies in the country.

“The strength of the proposal is that while the disposal process seems complicated, it will make it easier for first time investors to participate and potentially benefit,” Mr Pindar said. However, he warned it was crucial that “a vibrant market and strong demand for shares in both banks is created.”