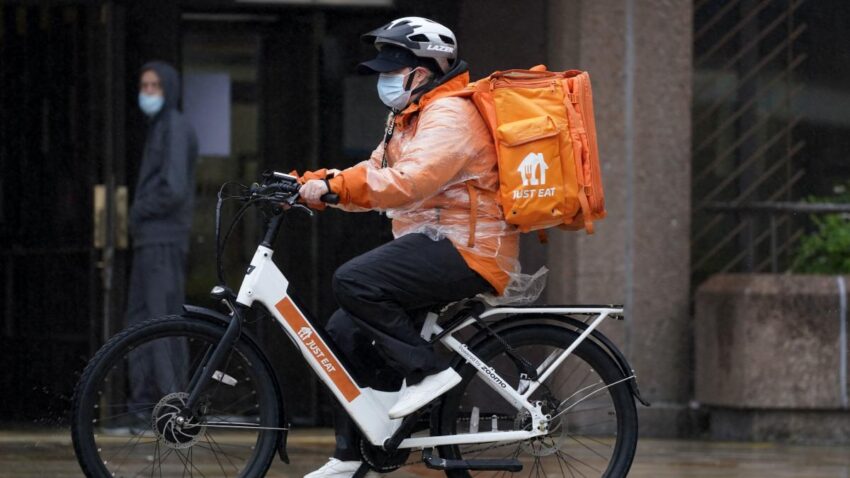 More than 1,500 jobs are to be created in Sunderland by Just Eat after the online food delivery group decided to move customer service roles that it had outsourced overseas to Britain.

It will open a 20,000 sq m call centre and plans to fill the vacancies over the next 12 months. The new roles, which will support Just Eat’s UK customers and restaurants on its platform, will replace jobs the business had outsourced to Bulgaria and the Philippines.

The hiring spree goes against broader employment trends. Many call centre roles have been moved abroad in recent years as businesses seek to take advantage of cheaper labour elsewhere.

The plans were announced as the London Stock Exchange Group revealed that Just Eat Takeaway.com would be knocked out of the FTSE 100 next month after the Amsterdam-based business fell foul of nationality rules at the LSE’s indices division.

The company is led by Jitse Groen, a Dutch entrepreneur who founded Takeaway.com while at university. It has operations spanning countries including Australia, Germany, New Zealand and the United States.

It has maintained listings in Amsterdam and London since the merger and is also on the Nasdaq in the US. The LSE said last night that it was no longer eligible for inclusion in the FTSE UK index series because a review had concluded it was a Dutch company. This is a potential blow as the FTSE 100 is widely followed by tracker funds. The indices are reviewed every quarter.

A Just Eat Takeaway.com spokesman said: “The company will remain listed on the London Stock Exchange, Euronext Amsterdam and Nasdaq and a further announcement will be made in due course.”

The Sunderland jobs push forms part of a plan by the business to invest more than £100 million in the northeast in the next five years, including on staff training and equipment. The call centre in Houghton-le-Spring will be fitted out with amenities including a gym and is expected to open early next year. Staff will be allowed to work flexibly, splitting their time between the four-floor office and their homes.

About 300 people have already been hired and are working remotely. Andrew Kenny, Just Eat’s UK managing director, said that ending the outsourced operation would lead to a “step change” in service levels, with in-house employees feeling more invested in the company. “We’re already seeing a very material increase in customer satisfaction scores,” he said.