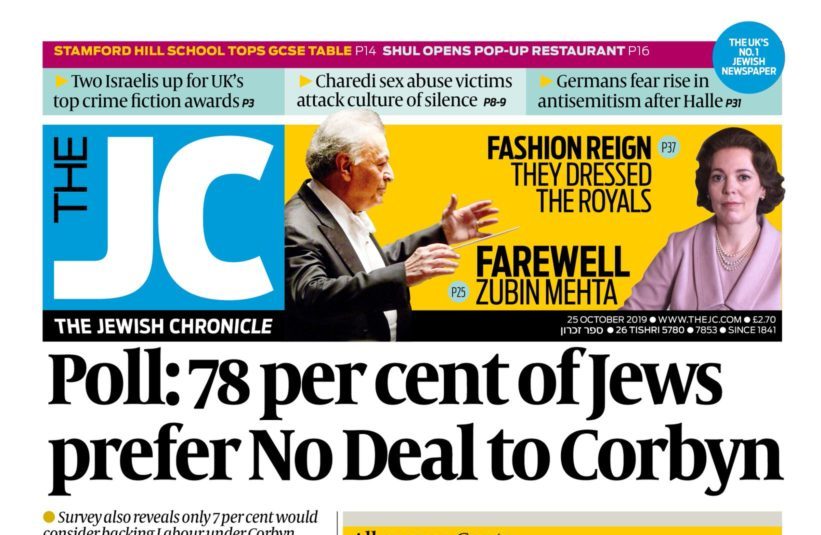 The United Kingdom’s main Jewish media outlets, the Jewish Chronicle and the Jewish News, are to shut down due to the financial devastation wreaked by the coronavirus pandemic.

The announcement came on Passover eve in a story broken by the Guardian newspaper that sent shockwaves through the British Jewish community.

The former rival Jewish papers, which had announced in February that they were to merge, are to go into liquidation with all staff laid off.

The two papers have a combined weekly print run of more than 40,000 copies and more than 500,000 online page views. Their readership is estimated to cover more than half of the UK’s Jewish community of nearly 300,000 people.

The Jewish news wrote, “With great sadness, the board of the Jewish News has taken the decision to seek a creditors voluntary liquidation of Jewish News Limited… The liquidation is expected to be finalised in the coming two to three weeks and every effort will be made to ensure that the paper continues to be published and the website continues to provide regular updates over this period.”

The JC said in its statement, “Despite the heroic efforts of the editorial and production team at the newspaper, it has become clear that the Jewish Chronicle will not be able to survive the impact of the current coronavirus epidemic in its current form.”

But the Anglo-Jewish institution, owned by the Kessler Foundation, has long been struggling financially. In June 2019 it received fresh funding in what its editor Stephen Pollard described as “a new lease of life” for the paper.

The paper announced that “20 community-minded individuals, families and charitable trusts” had made generous donations to the Kessler Foundation to allow the JC to continue publication.

The Jewish News, founded in 1997, is owned by the Noé family. Edited by Richard Ferrer, it has also partnered with the Times of Israel, the Australian Jewish News and a number of American Jewish newspapers.