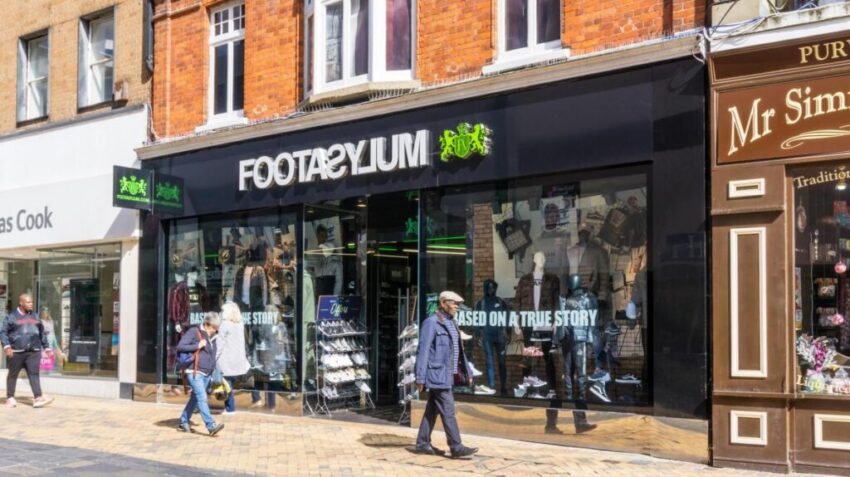 The competition watchdog has imposed a £300,000 fine on JD Sports over the closure of a store in Wolverhampton, which it said breached the terms of an enforcement order related to the takeover of Footasylum.

The Competition and Markets Authority ruled that JD Sports had breached an enforcement order when Footasylum served notice with its landlord in October to break the lease on a store after an initial enforcement order on the companies had banned them from making any changes to Footasylum’s store footprint without prior permission.

Only once has the watchdog previously imposed a fine on the same scale for an infringement of an enforcement order.

JD Sports, which has 375 stores in Britain, bought Footasylum, which has 70 shops, for £90 million last year. In May the authority blocked the retailers from integrating their operations and began a six-month investigation.

JD Sports is appealing against the decision. Peter Cowgill, 67, its executive chairman, said that the watchdog’s analysis was “fundamentally flawed” and that “in its findings the CMA has lost sight of its objective to protect consumer interests”.

It maintains that the decision to close the Wolverhampton store was taken independently by Footasylum’s management, “without JD’s knowledge or involvement”.

Footasylum was able to continue to operate throughout the period of the order, with its chief executive making all decisions, apart for some financial issues for which he needed approval from JD Sports.

Footasylum told the CMA that it had already been planning to close the site before the takeover. That would have meant it was not part of the enforcement order. However, officials said that they had not been told that in advance.

A spokesman for JD Sports said: “We strongly disagree with the CMA’s decision to fine JD Sports for an alleged breach of the ‘hold-separate’ order.

“The terms of the order legally oblige JD and Footasylum to be operated as separate businesses by separate management teams, with the consequent alleged breach relating to an independent decision made by Footasylum management without JD’s knowledge or involvement. We are carefully considering our options.”

The authority said that the fine was appropriate, given the “seriousness of the potential adverse effect on the merger inquiry” and the financial position of JD Sports, including the impact of Covid-19.

It said that the failure to comply with the order was “without reasonable excuse”, while JD Sports has “sufficient administrative and financial resources” to ensure compliance with the order.

Pentland, a vehicle controlled by the billionaire Rubin family, owns 55 per cent of JD Sports.

The regulator has given JD Sports and Pentland eight months, rather than the typical 28 days, to pay the fine, in light of the challenges caused by the Covid-19 pandemic.