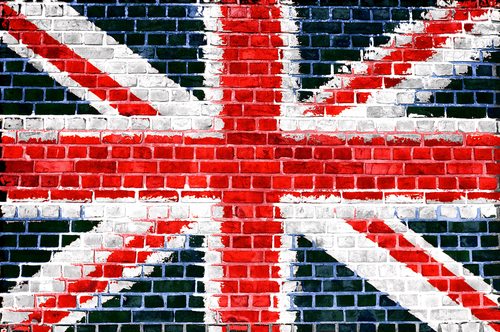 The International Monetary Fund has upgraded its growth forecasts for the UK by more than any other advanced economy in an embarrassing u-turn for the global financial institution.

Britain is now expected to grow by 1.4pc this year, double the rate projected in April when IMF chief economist Olivier Blanchard singled the UK out for criticism and accused George Osborne of “playing with fire” with his austerity programme.

The following month, the Fund urged him to borrow as much as £10bn this year to pay for infrastructure investment and business tax cuts in an attempt to boost growth, reports The Telegraph.

The IMF appeared to moderate its position in its World Economic Outlook, saying that “public investment can be brought forward to offset the drag from near-term fiscal tightening, while staying within the medium term fiscal framework”. In May, it said action was “essential”.

Instead, it acknowledged the UK’s sharp turnaround, saying: “Recent data have shown welcome signs of an improving economy, consistent with increasing consumer and business confidence.”

Speaking to the press at the IMF’s annual meeting in Washington, Mr Blanchard added that he had been “pleasantly surprised” by the UK’s performance but, in an apparent jibe at Mr Osborne’s claim to have won the argument, said Britain’s gathering recovery had not resolved the issue.

“Six months ago we were worried about growth in the UK coming back. We’ve been pleasantly surprised,” he said. “It doesn’t settle any of the debates. It doesn’t tell us whether growth would have come back earlier with a different fiscal framework. When we see risks, we warn. And if the risks are avoided, all the better.”

The Chancellor will chalk up the retreat as one of his notable victories after refusing to shift tack in the face of pressure from the Bretton Woods institution, which until April had supported his fiscal plans.

Britain is now expected to end the year with the second fastest annualised growth rate of the G7 group of leading nations. At 2.3pc, the pace of expansion in the three months to December will be better than the US’s 1.9pc and only slower than Japan’s quantitative easing-fuelled 3.5pc growth.

It is the second time the IMF has upgraded its UK forecast in the last three months. In July, the 0.7pc outlook was raised to 0.9pc before today’s larger increase. The IMF also sharply upgraded its 2014 projection from 1.5pc to 1.9pc. Both the 2013 and 2014 upgrades were the largest of the world’s leading seven nations.

Despite the revisions, which mean the UK will be one of the three fastest growing G7 countries next year, the IMF warned that “output levels will remain below potential for many years”.

The Government is due to report shortly on its plans for RBS, which could involve a break-up to park its legacy toxic assets in a separate state-backed institution.

The IMF also stressed that the Bank of England should keep rates low for the forseeable future, while welcoming the Bank’s commitment to keep them on hold until unemployment falls to 7pc.

“Monetary policy should stay accommodative in the UK, and the Bank’s recently adopted forward guidance framework is an important step toward greater transparency about the factors that will guide policy rates,” it said.

Ed Balls, the shadow chancellor, said the update was a call for more action. “Despite these welcome changes to its forecasts the IMF rightly warns that the UK economy will remain below potential for many years,” he said.

“That’s why the IMF has repeated its view that the Government should bring forward infrastructure investment now, which could be used to build thousands of affordable homes.”

A Treasury spokesman claimed: “The IMF has confirmed that the UK economy is turning a corner, by revising up its forecast for growth over the next two years by more than for any other G7 economy.”

Britain’s improving prospects were set against a sharp downgrade of global growth due to a rapid slowdown in emerging market economies, and an apocalyptic warning over political failure to agree a rise in the US debt ceiling.

Mr Blanchard said: “Failure to lift the debt ceiling would be a major event. Prolonged failure would almost certainly derail the US recovery.” He added that it would also lead to “major disruptions in financial markets [in the US] and abroad”.

Agreement on the debt ceiling needs to be struck in the next couple of weeks or the US could default on its debt, with potentially catastrophic consequences. Mr Blanchard insisted that he believed the ceiling would be raised.

The slowdown has been triggered by market expectations that interest rates in the advanced economies will soon start to rise, which has caused investors to repatriate capital from emerging markets. “It is time to make plans to exit from QE and zero policy rates, but it is not yet time to begin doing so,” Mr Blanchard said.