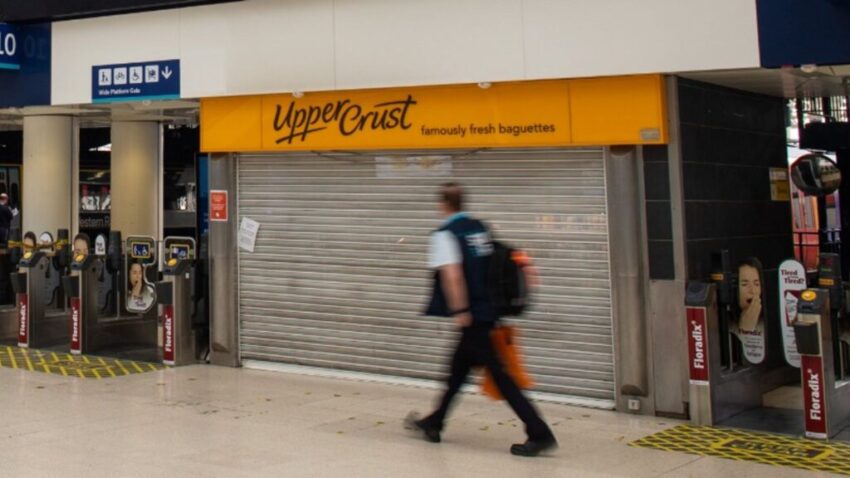 More than 10,000 jobs have fallen victim to the coronavirus pandemic in the past two days, with high street retailers and the aviation sector bearing the brunt of the losses.

SSP, the transport catering group behind Upper Crust, yesterday announced up to 5,000 redundancies, while Arcadia, John Lewis and Harrods confirmed they will cut at least 1,200 jobs.

The losses came the day after Airbus announced 1,700 job cuts in Britain and Easyjet outlined plans to close its bases at Stansted, Southend and Newcastle airports, expected to result in 1,900 flight and cabin crew being laid off.

The job losses at SSP, which also owns the Ritazza brand, represent more than half the company’s British workforce of 9,000 and are a response to an 85 per cent slump in the number of rail users and an air sector that remains largely closed.

Rail accounts for about 70 per cent of SSP’s UK business, but a combination of social distancing and the reluctance of stay-at-home workers to return to commuting has hit railways across the country.

Among the retailers, Harrods said that changes to its operational structure would reduce its headcount by 14 per cent, equating to about 670 of its 4,800 employees.

Michael Ward, the Harrods managing director, wrote to workers confirming “with a heavy heart” that job cuts were necessary to deal with the continuing impact of the pandemic.

He said that social distancing and the “devastation in international trade” was having a “huge impact” on its ability to trade.

Sharon White, chairwoman of John Lewis, told staff that the department store group was in talks with landlords about extricating itself from some of its leases. She said the closures would mean job losses and probably the scrapping of next year’s bonus.

Analysts predicted the move would mean hundreds of job losses from a total workforce, including Waitrose, of 80,000 “partners”.

Another retailer to shed staff was Sir Philip Green’s Arcadia, which owns the Topshop, Dorothy Perkins and Miss Selfridge chains. The retail tycoon said that 500 head office roles from a central workforce of 2,500 would be cut.

Tuesday was a bad day for retail as TM Lewin, the shirtmaker, collapsed into administration hours after the Harveys furniture chain suffered a similar fate. The closure of TM Lewin’s 66 stores will cost 600 jobs with another 240 redundancies at Harveys.

The latest data from the Office for National Statistics showed that unemployment is close to historic lows, but economists and the Bank of England have warned that it could rise to almost 10 per cent as government support schemes end and employers cut jobs.

Further job losses are on the cards at M&C Saatchi, the advertising group, which is reviewing its network after a cut in spending by marketing chiefs.

The restaurant sector is also bracing itself for further job cuts on top of thousands lost during lockdown at Carluccio’s and The Restaurant Group’s Chiquito and Frankie & Benny’s brands.

Next on the restructuring menu are Byron, the burger chain, and Casual Dining Group, the owner of Café Rouge and Bella Italia. Both are up for sale but bidders are tipped to buy only parts of each, resulting in store closures and redundancies.