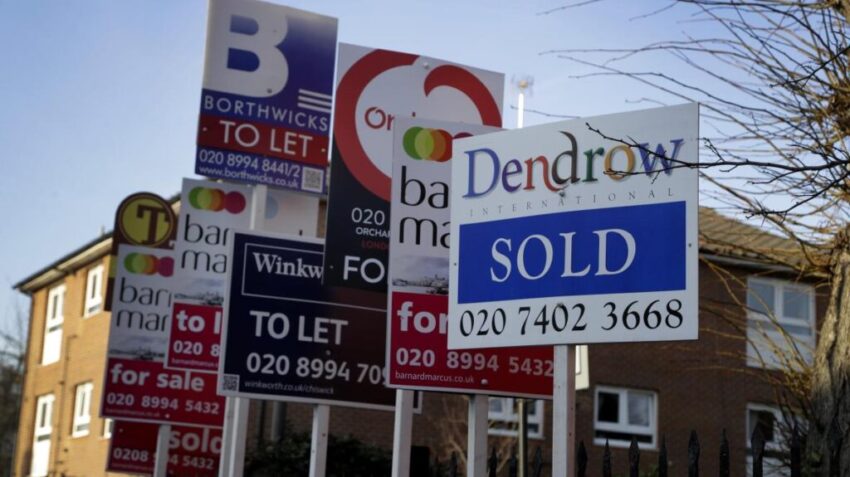 The scale of the lockdown’s impact on the housing market has been revealed by a survey of estate agents.

The Royal Institution of Chartered Surveyors polled 360 branches around the country last month and found that new instructions fell to the lowest level recorded since the survey began in 1999.

A net balance of -96 per cent of contributors reported a drop rather than a rise in new properties being listed for sale. The survey found that 80 per cent of respondents had seen people pull out of transactions since the end of March.

On average, surveyors said they thought that it would take nine months for sales to rebound to the levels seen before the lockdown.

Casey O’Donovan, a surveyor at Indigoscott in London, said: “Whilst market conditions or a potential recession are of concern, job security and salary reductions are also influencing the decision not to proceed.”

John Andrews, of Doolittle & Dalley in Kidderminster, Worcestershire, said: “A much better start to the year after Brexit and sales looked promising for spring. Then came the lockdown and everything has gone on hold. Very challenging times are ahead.”

Peter Jones, of Gavaghan Jones Associates in Southampton, said: “The prime selling period is disrupted and even a small recovery is likely to be delayed until February or March 2021.

“I do not anticipate hitting pre-Covid-19 prices until Easter 2021 at the earliest. Availability of personal credit and mortgage finance will be key.”

Estate agents’ responses to the survey reveal huge uncertainty about their future prospects.

James Brown, of Norman F Brown in Richmond, North Yorkshire, said: “Will the market be the same as in 2008? We’ll have to see.”

Some surveyors are living up to the optimistic typecasts of the profession. Tara Paul, of Bells Southfields in London, said: “I really feel that prices and activity will surge after the markets reopen. The market was about to recover to a healthy level of activity and sales after Brexit and now the brakes have been put on once again.”