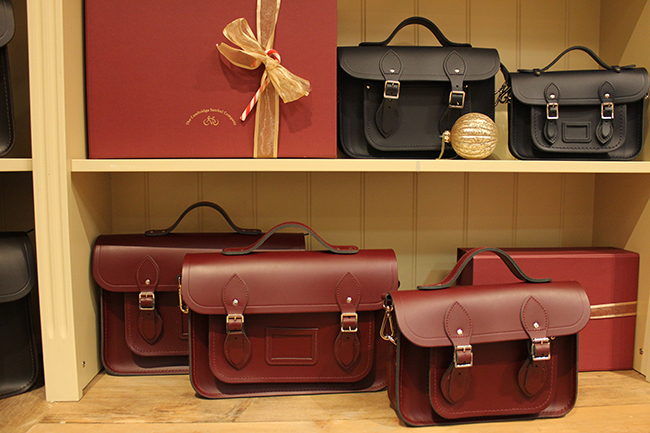 The improving economy and confidence in consumer spending led to the manufacture of luggage, handbags and saddlery becoming the fastest-growing manufacturing sector in the UK, with production worth £205 million in 2014 compared to £133 million in 2013 – a year on year increase of 54 per cent and a seven-year high for the sector.

According to the analysis, the production of food-related products accounted for £21 billion as at the end of 2014. Indeed, the operations of dairies and cheese making, processing and persevering of meat and manufacture of bread, pastry, goods and cakes were three of the 10 largest manufacturing sectors in the UK.

Charles Garfit, Head of Manufacturing, Santander Corporate & Commercial, said: “We believe that a significant part of the growth in UK production is down to a focus on luxury products, as evidenced by the growth in handbags and luggage as well as the success of a number of upmarket UK car marques.

“Santander is also increasingly working with and supporting manufacturers of high-end food and drink products, usually with a strongly ‘British’ branding as these sorts of products are becoming increasingly well received domestically and also around the world.”

“Games and toys is another fast-growing sector for the UK economy. While the sector grew 50% in 2014, we continue to see significant activity in the market.”

Graft continued: ““Santander is deeply committed to supporting the UK manufacturing sector, helping firms to grow and expand both domestically and overseas. In 2015 we provided financial support to a large number of diverse UK manufacturing businesses, from toys and games makers and clothing businesses to food and drink firms and manufacturers of motorbikes and electronic goods.

“In terms of growth opportunities, we firmly believe that trading internationally remains vital to the success of the UK manufacturing industry. There are significant opportunities for UK manufacturers across a range of international markets and this is a core focus for us and our clients in 2016. ‘Made in Britain’ is increasingly becoming synonymous with high quality products and the world has become very receptive to UK manufactured goods – from cars and pharmaceuticals, to handbags and cheese.”

Santander Corporate & Commercial offers a comprehensive suite of solutions to help UK manufacturers and businesses to both invest for growth as well as export and find international trading partners and suppliers. This includes the award-winning Santander Trade Portal – a unique online tool for businesses that can identify where the best importing and exporting opportunities are for their particular products and services.