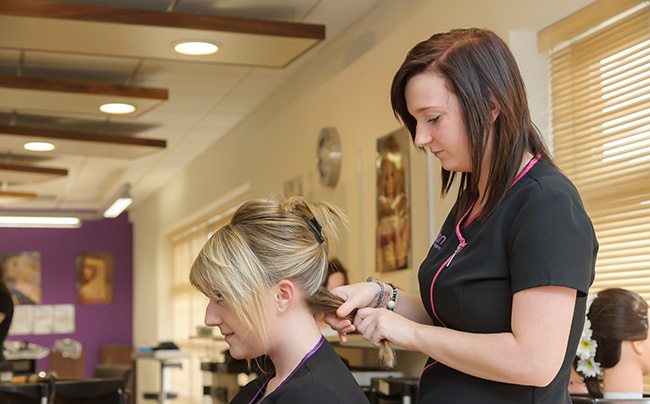 A recent survey has revealed the top career aspirations for young women in Britain today, revealing, somewhat potentially odd statistics for a poll conducted in 2015, that hairdressing, fashion and beauty take the top three places. Family members were revealed to be the biggest influence on women’s future aspirations.

The research was carried out by the British Association of Beauty Therapists and Cosmetology in order to understand more about young women in the UK and the role of the beauty industry.

All respondents were first asked to identify their top career aspirations and were advised that they could select as many as they liked. They could also choose industries which they were not employed in, if they were relevant.

The top ten results were topped by Hairdressing, followed by Fashion and included interior design and then graphic design.

The respondents were all then asked “What inspires your choice of career?” and were free to select all of their inspirations. ‘Family members in the industry’ was revealed as the most influential factor, with more than a third of respondents identifying this as their inspiration. The media’s portrayal was also an important factor, followed by ‘education to date’ and ‘friends in the industry’. A further 12 per cent stated that ‘celebrity idols’ had inspired their career aspirations.

When asked if they were currently working in their chosen industry, the majority stated that they were not. Of those who were, nearly 40 per cent stated ‘hairdressing’ as their aspiration with 34 per cent selected ‘beauty therapy’. All respondents were then asked if they thought they would work in their chosen industry in the future, to which the majority believed that they would.

Colin Webster of BABTAC commented: “It’s very positive to see the beauty industry come so high in the career aspirations of young women. There is an awful lot that careers in the industry can offer people, although some aspiring beauty therapists may be disappointed to find that there’s a lot more to the job than the stereotypes in the media! It can be a very scientific craft and many people end up running successful businesses, working for themselves or even employing staff. It’s certainly not a career that should be shunned or dismissed; instead, it is an attainable option for anyone and has a great chance of real success; all you need is dedication and ambition! It would be interesting to focus on young men looking to break into the industry. This is a huge growth area and it’s fantastic to see a more diverse workforce.”