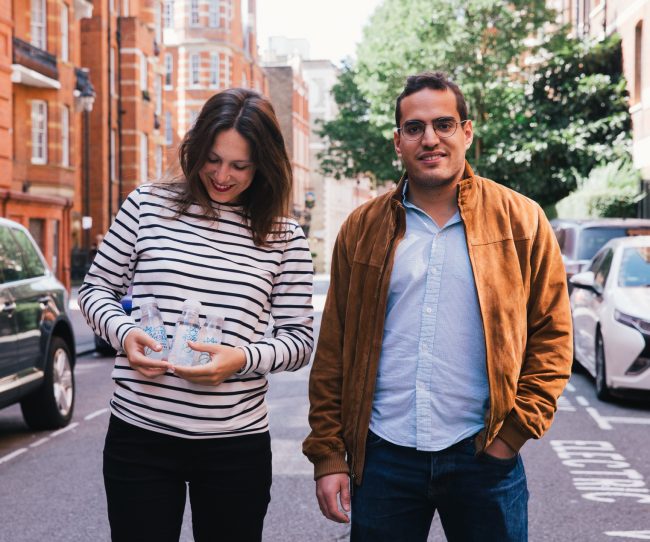 Algerian entrepreneur Mehdi Meghzifene, 27 years, faces deportation from Britain and potentially Five Years in an Algerian prison if his tree water company, Sibberi, recently stocked in Boots, is not a financial success.

Stipulated on his Tier 1 Entrepreneur Visa obtained in March 2015 from UK Visas and Immigration (UKVI) division of the Home Office, Mehdi must be employing at least 10 people and his company must be a financial success before March 2018, in order for him to receive Permanent Leave to Remain in the UK, otherwise could be deported.

Mehdi, who studied for a MSc in Mathematical Finance at Imperial College London, worked for two years at Goldman Sachs in the Investment Banking Division before he got the entrepreneurial itch, risked it all and launched his own business with Sibberi co-founder Clara Vaisse.

In terms of his Immigration status, Mehdi has really has found himself stuck between a rock and a hard place, a bit like the Tom Hanks character in the film Terminal, where his only option is for Sibberi to truly fly or face a life of doom.

Mehdi can’t go back to Algeria, the country which his parents fled a Civil War from when Mehdi was 9 years of age for a better life in Austria. From a legal standpoint, he’s skipped compulsory military service at 18 years of age in Algeria, and could face a five year prison sentence.

He can’t stay with his family who are now resident in Austria. After his father took a job with IAEA, a division of the United Nations in Austria, his family lived there for 18 years, before his mother applied for residency for Mehdi and his younger brother, Yanis. His brother got his residency approved, whilst Mehdi failing to do so before his 18th birthday.

“I have to make Sibberi a success at all costs,” says Mehdi. “I have no other option than for it be a success. There’s no going back. It’s very fortunate that Tree Water is really trending at the moment, surpassing sugary and calorific Coconut water”.