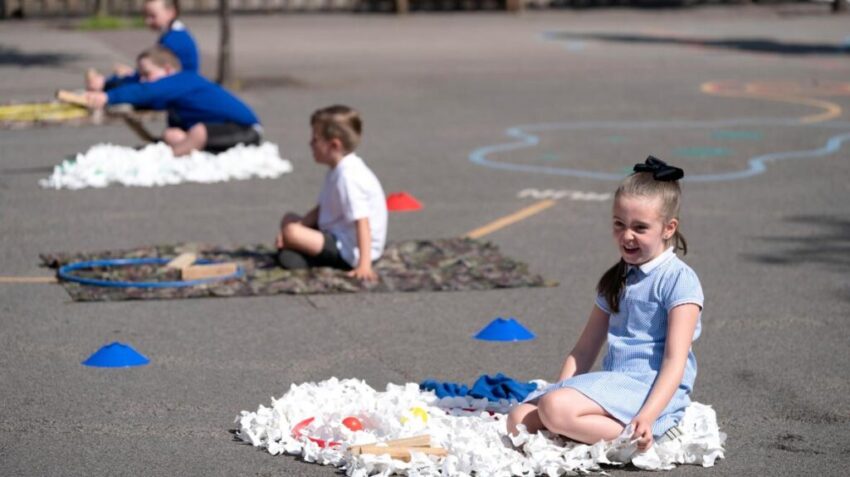 The government has been accused of “furloughing childhood” after announcing it was scrapping plans to get all primary pupils in England back to school before the summer holidays.

Anne Longfield, the children’s commissioner for England, said the economy was being prioritised over education and she was “incredibly concerned” that shops, theme parks and restaurants would be open before children were back in school.

Robert Halfon, the Conservative MP and chairman of the Commons education committee, said the government needed to set out plans urgently on how the summer months and the autumn term could be used to help children to catch up with all the months of lost schooling, and disadvantaged children in particular.

Primary schools in England reopened to pupils from Reception, Year 1 and Year 6 last week. Most schools welcomed back pupils from some or all of those years, although it is understood that about half of parents kept their children at home, unconvinced it would be safe.

It had been the government’s ambition, however, that the remaining primary years would be back for a month of schooling before the summer holidays. Its guidance that class sizes be cut to 15 to enable a form of social distancing has meant many primaries literally do not have the room for the rest of the pupils to return. No alternative locations have been put forward to solve the problem.

Gavin Williamson, the education secretary, will make a statement to MPs today on how the first week of primary reopening has gone, and why the second phase for remaining year groups has been scrapped.

Ms Longfield said it was clear education was not one of the government’s priorities. While it would present huge challenges to find other locations or methods to get children back into classes, even bigger challenges have been overcome because they were considered so important.

“Let’s look at some of the things that government and society has prioritised over recent months, and the scale and speed. There have been measures to save jobs, look at the 4000-bed hospitals that have opened.

“All of those things have happened in a way that wasn’t imaginable. And it’s that level of will and determination to overcome the practicalities that’s needed now because children’s education does matter as much as the economy,” she told BBC Radio 4.

“We need to invest in it because without that there’s a risk that childhood is just going to be furloughed.”

Mr Halfon said urgent action was needed to ensure the educational divide between rich and poor did not widen further.

“People worry about the pandemic but there might be in the future an epidemic of educational poverty, a growing digital divide and safeguarding problems for vulnerable children. I think the government should definitely think again on this and continue with a phased reopening of schools,” he said.

He cited a recent poll of head teachers that suggested 700,000 children were not doing any school work at all.

“We need to have a national strategic plan from the government on a timetable for school opening. There needs to be a catch-up premium. There should be a national army of volunteers of retired teachers, graduates, and Ofsted inspectors helping schools work with left-behind pupils,” he said.

Schools have been attempting to run lessons remotely but success has been variable. Some teachers have been reluctant to video their lessons and many have refused to mark or assess work. Most primary parents have had to make do with worksheets.

Secondary schools will remain closed until September, although Year 10 and 12 pupils will come in from June 15 so teachers can help them with their home learning.