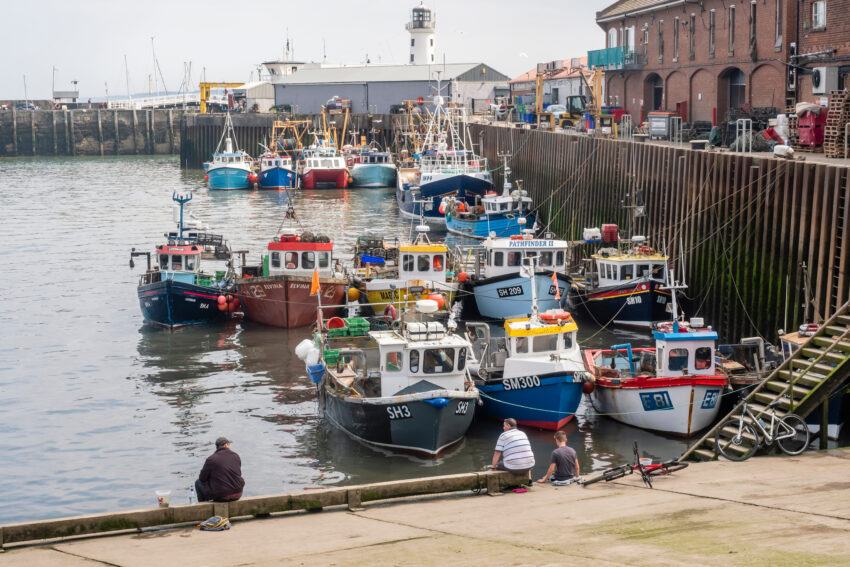 The sea fishing industry association for the northern Hauts de France region, which includes Calais, Dunkirk and Boulogne, said that the granting of 23 new licences by Britain on Friday fell far short of the 100 to which French boats were entitled. “Protests should be expected . . . protests that will target British imports,” the association said.

It gave no dates for the action but said that it would be similar to the blocking for several hours on November 26 of sea traffic in Calais, the Breton port of Saint-Malo and Ouistreham, in Normandy. Vehicles were prevented from using the Channel Tunnel rail link.

CRPMEM, the regional association of sea fishing, said that it was deeply disappointed by the “failure” of the French government and the EU. The new British licences made no difference, it said. “Far from satisfying the sector, this news exasperates the fishermen of northern France, who feel that they are, at the same time, betrayed by the British government and abandoned by the European Commission,” it said.

The national French fishing committee, an industry group, also said that it was disappointed. “We were under the impression that there was a real will in the European Commission to hit the table with a deadline,” Jean-Luc Hall, the director, said. He added that he hoped the British would change their stance today. “The survival of our businesses depends on it,” he added. “We want the commission to do what it said it would do, that it takes up the cases of the refused boats in the courts even if that doesn’t suit them and the procedures take some time.”

President Macron’s government gave a cautious welcome to the new licences, which were issued on the day of expiry of a commission deadline for progress in the dispute. The government said it recognised that Britain had moved. It did not carry out a threat to open new dispute proceedings in Brussels over the weekend. It would, however, continue to work to obtain a further 80 licences that it said should have been granted under the post-Brexit agreement. The new licences were agreed after British and EU officials agreed on an “evidence-based approach” ensuring that vessels qualify to work in UK waters. The commission hailed the move as “an important step in a long process” towards implementing the Brexit accord.

Britain said that the agreement with Brussels “provides stability and ensures the sustainability of our fisheries”.

France said Britain was obstructing licences as part of a provocative hard line with Paris and the EU to distract attention from the economic and human problems that it is suffering as a consequence of Brexit.

Britain said it was merely requiring French boats to prove that they had fished in British waters before Brexit and that it was lacking evidence in the case of the rejected applications.

Clement Beaune, France’s Europe minister, voiced frustration on Friday over what he saw as the failure of Brussels to back its demands against Britain.

Boris Johnson did not accept the Friday deadline set by Brussels. “I recognise they themselves have set one but it’s not one we’re working to,” he said on Thursday. The same day Macron cited fishing as one of a series of issues over which Britain was failing to keep its word. “The problem with the British government is that it does not do what it says,” he told a news conference.