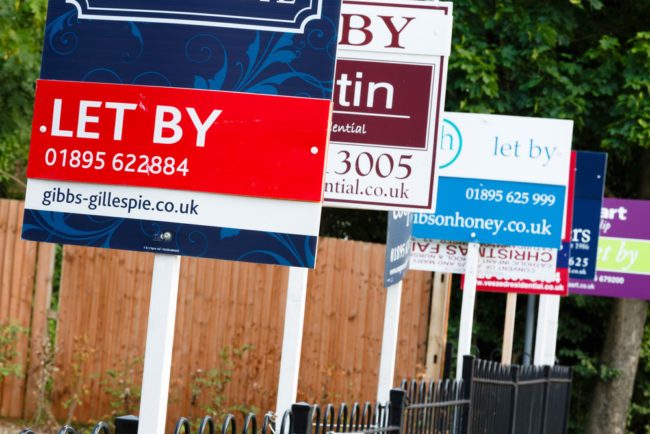 Private rents in the UK are rising at the fastest rate in five years, ratcheting up the cost of living burden on millions of households.

The average cost of renting for UK tenants rose by 2% in 2021 – the largest annual increase since 2017, figures from the Office for National Statistics show. Soaring rental prices, coupled with inflation hitting 5.5% in January, will pile further pressure on the government to increase support for vulnerable families.

The east Midlands had the biggest increase in average rental prices, with tenants paying 3.6% more than a year earlier, while London had the smallest, 0.1%, as demand for city flats dwindled during lockdown and people favoured working remotely outside the capital.

Renters including office workers and students are now flocking back to cities, pushing up rental prices. Demand has outpaced supply and 71% fewer homes were available on London’s rental market in December compared with typical levels a year earlier.

Osama Bhutta, campaign director at the housing charity Shelter, said: “Our services are already hearing from people who are struggling to pay their rent and keep the lights on. Covid-era protections are now gone, and if you struggle to pay your rent you face eviction and homelessness. The government should reverse the damaging welfare cuts that are pushing people into impossible choices.”

Calls for government action came after the insurer Legal & General announced it would spend an extra £2.5bn on its “build to rent” schemes over the next five years. The company is aiming to provide more than 7,000 purpose-built rental homes in UK towns and cities in a move to cash in on the booming market.

Dan Batterton, the head of build to rent at L&G, said while the £2.5bn would not “solve the housing crisis”, it was part of the solution, funnelling new investment from pension funds into creating well-managed homes.

“We’re looking at 40-year cashflow for these assets, so we are incentivised to build homes that will keep people happy in the long term. We want to make renting an aspirational option,” he added.

Rent increases on L&G blocks are capped at 5% for five years. “Our bulk buying power can bring down costs: from building workspaces so people can run businesses from their homes to offering car-sharing schemes,” said Batterton.

The property website Zoopla found newly advertised rental prices were rising much faster across the UK. It said the average rent jumped 8.3% in the final three months of 2021 to £969 a month.

House prices across the country also hit record highs, ONS data showed. The average price of a UK home was £275,000 in December, 10.8% higher than a year earlier. The increase was the biggest in almost two decades.

Darren Baxter, policy manager at the Joseph Rowntree Foundation, said: “Something is not right when the average house price in the UK has increased during the pandemic by more than the average full-time worker earned last year.

“Renters searching for a new tenancy will struggle as rents in some areas have risen as much as 8%. Despite this, housing benefit has been frozen for two years. To address this, the government must urgently relink housing benefit to the real cost of renting.”