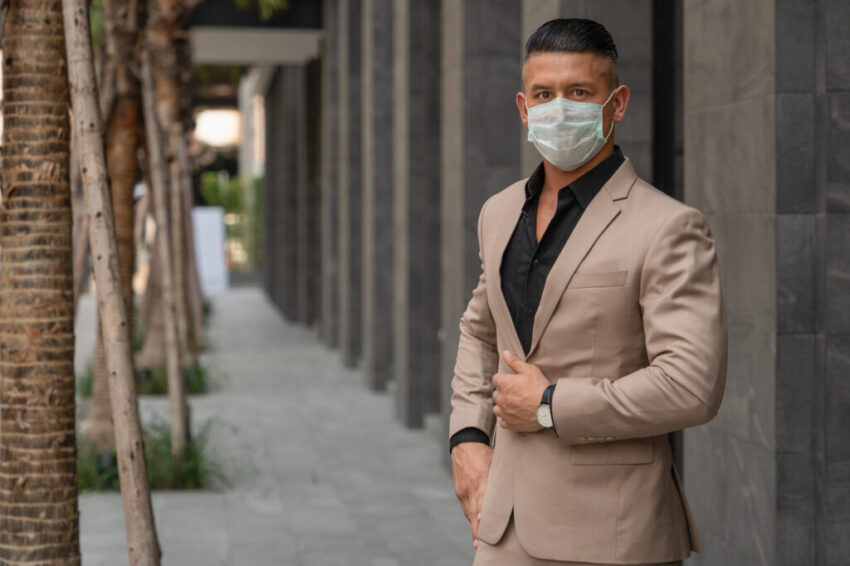 Masks will be compulsory in sandwich shops and when buying food from cafés to take away, the government has confirmed.

People will have to choose either to sit down for table service and not wear a mask or to queue up at the counter and be required to cover their faces, ministers said.

They ended suggestions of a “Pret exemption” a week after Downing Street said that a law requiring face coverings in shops would not apply to sandwich shops and other places serving takeaway food.

Brandon Lewis, the Northern Ireland secretary, said this morning that face-covering rules, which come into effect tomorrow, would not apply to “hospitality generally”, adding: “If you are going into a takeaway place to eat or drink in there, then no you don’t have to wear facemasks.”

But he told LBC: “If you are treating it like a shop, buying your sandwich and your coffee and leaving again . . . you should be wearing a facemask.”

It is thought that people will not be allowed to buy takeaway food from the counter and then sit down at a table.

A Department of Health spokesman said: “From Friday, July 24, it will be mandatory to wear a face covering in shops and supermarkets, as is currently the case on public transport. If a shop or supermarket has a café or a seating area to eat and drink, you can remove your face covering in that area.”

Officials had argued that a takeaway exemption would have made it illegal not to wear a mask to buy a packet of crisps from a newsagent, but fine to buy the same packet from the sandwich shop next door.

However, the takeaway rule means that people queuing up for the counter in Pret a Manger or McDonald’s will be required to wear masks while people sitting at nearby tables in the same space will not.

Full regulations are due to be published this afternoon enacting the requirement to wear a face coverings in shops under public health law. As with the existing law on public transport, children under 11 and people with breathing problems will not be required to wear a covering. Anyone who cannot put on, wear or remove a face covering because of a physical or mental illness, impairment or disability is also exempt.

Ministers say masks will not be required in other indoor spaces, but separate non-binding guidance issued by the government says they are “strongly encouraged” in all confined public areas where you come into contact with strangers.

The public are advised to wash their hands before putting a covering or mask on or taking it off, and to avoid touching their eyes, nose, or mouth while wearing one. Face coverings should be stored in a plastic bag until they can be washed or disposed of, the Department of Health said.

Munira Wilson, the Liberal Democrat health spokeswoman, criticised government confusion. “Clear communication is critical in a public health crisis. Instead, this confusion on guidance shows ministers simply could not organise a bun fight in a bakery,” she said.

“The government must urgently provide the clarity businesses need to operate and people need to feel safe.”

Confusion began last week when Matt Hancock, the health secretary, announced that the rule would be coming in by saying: “You do need to wear a facemask in Pret because Pret is a shop. If there’s table service, it is not necessary to have a mask. But in any shop, you do need a mask. So if you’re going up to the counter in Pret to buy takeaway, that is a shop.”

But the prime minister’s official spokesman later said: “We will be publishing the full guidance shortly but my understanding is that it wouldn’t be mandatory if you went in, for example, to a sandwich shop in order to get a takeaway to wear a face covering.”

Lord O’Donnell, former head of the civil service, criticised government communication yesterday, telling the Lords public services committee: “If anyone knows what the clear message on masks is, please tell me.”