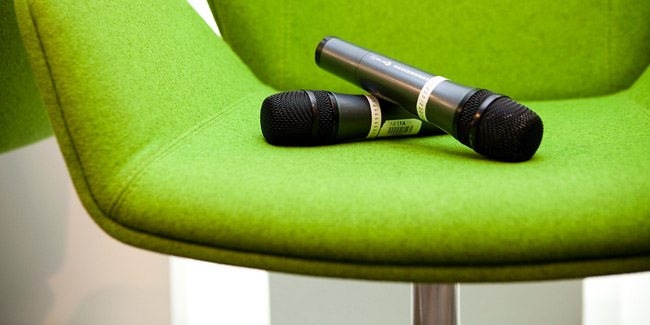 George Ferguson, elected as Bristol’s independent mayor in 2012, will share insights into his entrepreneurial background at The Pitch 2014 Final, presented by BusinessZone.co.uk and UK Business Forums in association with AVG, at Paintworks in Bristol on 23 October.

Also on the bill is Mark Pearson, a 34-year-old entrepreneur and investor who recently sold his internet firm MyVoucherCodes.co.uk for £55m and gave £112,000 to charity on Channel 4’s The Secret Millionaire in 2010.

He will share the story of his journey from a council estate in Liverpool to a multi-million-pound fortune via working as a chef for Gordon Ramsey in Claridges.

Headquartered in Bristol, the business began when Mulvenna’s co-founder Chris Tanner struggled to find software to help him run his business. He decided to start his own and the company now employs 87 employees in Bristol and San Francisco. In May, the company raised £6m investment.

Attendees will also be able to attend free workshops on subjects including business planning and digital marketing, plus book appointments for one-on-one advice from an online branding expert.

The event is the conclusion to small business contest The Pitch 2014. Founded in Bristol in 2008, the UK-wide competition has helped hundreds of entrepreneurs on the road to success.

From the 100 entrants shortlisted from applications, 30 will be selected to pitch at the Bristol event.

They are being chosen after taking part in two business boot camps where they receive intensive training in areas such as pitching, sales and financial management.

The first boot camp took place in London on 4 September and the second is in Manchester on 18 September.

Judges at the final include Judith Bitterli, serial entrepreneur and chief marketing officer at AVG, who will be travelling from the US to Bristol specially for the event. Since the 1980s, Bitterli has set up and grown three of her own software companies.

The overall champion will receive a package of business support prizes worth thousands of pounds including a year’s mentoring from Karen Darby, internet security services from AVG, a Nokia tablet, free access to business lounges around the world, PR consultancy, free taxi travel and web design advice.

ICAEW is providing £1,000 worth of accountancy services to the winner of the ‘One to Watch’ category for non-trading companies.