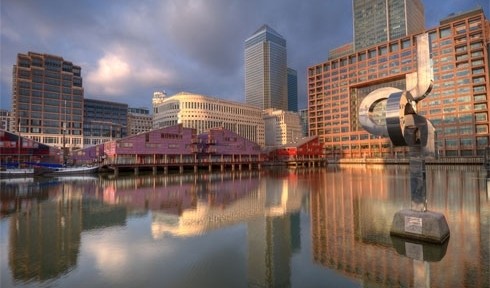 Announcing the schemes, Mr Osborne said businesses would get 100 per cent discount on rates, superfast broadband and the potential to use enhanced capital allowances in zones where there is a strong focus on manufacturing.
He said the first 10 enterprise zones would be in urban areas of highest need but also potential, which includes some areas of regional financial excellence. The first 10 zones will be Birmingham and Solihull, Leeds, Liverpool, Greater Manchester, the Tees Valley, Tyneside, the Bristol area, the Black Country, Derbyshire and Nottinghamshire and Sheffield.
Sir Robin Wales, mayor of Newham in London, announced that the borough would have a zone in the Royal Docks.
He said: “It is vital that these zones do not repeat the mistakes of the past and deliver benefits to our workless community. We will now focus on working closely with government about the detail of the zone to ensure it meets the needs of Newham and get the maximum benefit for new and existing businesses.
Enterprise zones were first launched in the 1980s by the Conservative government with the creation of London Docklands Enterprise Zone to assist in the regeneration of the area following the closure of the London Docks.
Richard Alvin, managing director, Capital Business Media, publishers of Business Matters said: “as someone, who in the late 1990’s, was employed by the London Docklands Development Corporation, the government body which oversaw the regeneration of the London Docklands, I saw first hand and spent time with many small businesses which were able to grow much faster than others located in different parts of the UK as they were able to benefit from tiered business rates and grants and additional subsidies.”
Alvin concluded: ” whilst we are yet to see exactly how these new enterprise zones will work anything which boosts business creation and growth in parts of the UK which have been hardest hit by the recession can only be applauded, it will be up to all parties to make the system work”