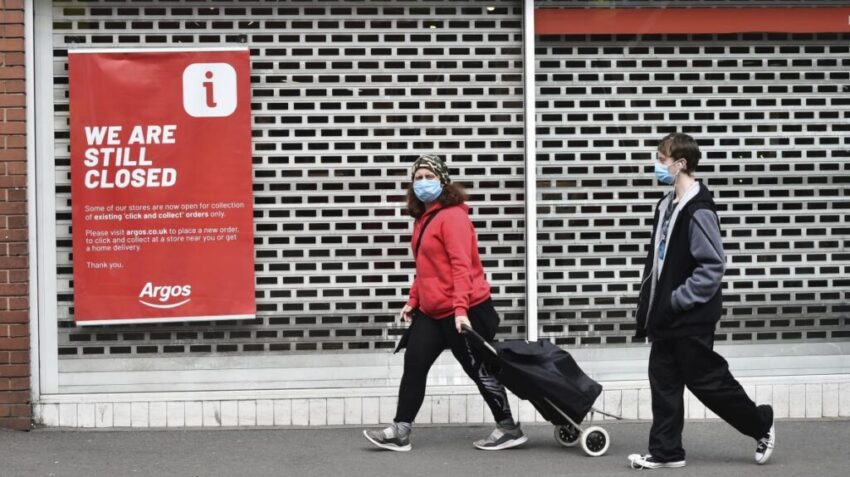 Ending the furlough scheme in October is a “mistake” that will cost 1.2 million jobs this year, a leading think tank has warned as it dashed hopes of a V-shaped recovery.

The National Institute for Economic and Social Research (Niesr) said keeping the wage subsidy scheme going would have saved jobs, protected skills and “might have paid for itself” as it said the economy would not return to pre-pandemic levels until the second half of 2023.

The institute expects unemployment to jump from 1.35 million to 3 million by the end of this year but said extending furlough, under which the taxpayer covers 80 per cent of pay to £2,500 a month, would save 1.2 million jobs and reduce unemployment in the following four years.

It expects unemployment to rise to close to 10 per cent and remain above the present level of 3.9 per cent until 2024. The economy will shrink 10 per cent this year and recover just 6 per cent in 2021. National debt will hit 105 per cent of GDP as borrowing jumps from 2.4 per cent to 17 per cent of GDP to pay for the crisis.

At its peak the furlough scheme was costing about £10 billion a month. It has supported 9.5 million jobs at 1.2 million companies so far, at a total cost of £31.7 billion. By the time it ends in October, the Office for Budget Responsibility estimates it will have cost £52 billion.

The government is bracing itself for mass unemployment as the scheme begins to be wound down next month and is withdrawn at the end of October. Shop and hospitality workers are most at risk as social distancing measures and behavioural changes affect business models.

Earlier this month, the chancellor unveiled a £1,000 “job retention bonus” for all companies that re-employ furloughed staff until the end of January, which could cost up to £9.4 billion.

Garry Young, Niesr’s deputy director, said it looked “too small to be effective ─ a one-off payment of £1,000 per employee compared to an average wage of £530 per week”.

He added: “The planned closure of furlough seems to be a mistake, motivated by an understandable desire to limit spending. There is a risk it is coming to an end prematurely and this increases the probability of economic scarring.”

Niesr said extending furlough “would have been relatively inexpensive, and by preventing a rise in long-term unemployment might have paid for itself”. Furloughed workers pay tax, spend more and do not receive unemployment benefits. Longer term, maintaining skills helps productivity.

Rishi Sunak, the chancellor, said in his summer economic update: “It cannot and should not go on forever. If I say the scheme must end in October, critics will say November. We have to be honest. Leaving the furlough scheme open forever gives people false hope that it will be possible to return to the jobs they had. And the longer people are on furlough, the more likely it is their skills could fade.”