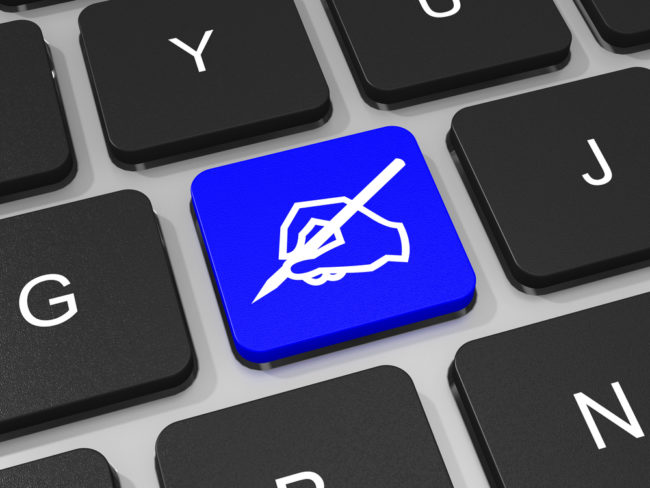 Surveying 2,002 members of the UK general public, the findings revealed that a staggering 86 per cent of the UK population claim that signing documents still holds a huge sense of importance to them when it comes to giving their consent and proving their identity. This is despite the majority of workers feeling frustrated with traditional paper-based processes.

While people’s emotional attachment to the handwritten signature is evident, the research also reveals that they are slowly becoming more open to the digital alternatives on offer – namely e-signatures. The research shows that as many as 79 per cent of people agree that they use handwritten signatures much less these days, with nearly half saying they would feel comfortable using digital or e-signatures going forward.  Of those who said they would be open to using e-signatures: Over a third say using e-signatures is less time consuming and nearly a third see e-signatures coming into their own, as you don’t need to find a pen. Furthermore, 28 per cent think e-signatures will help them approve things on the move, across multiple devices and 29 per cent think e-signatures will help them approve things on any device.

The workplace is the environment where many respondents saw the benefits of e-signatures coming into their own. Over a quarter of respondents said e-signatures could be good for signing contracts and other official work documents with a further 27 per cent saying they could be used to give another level of authentication on the goods they purchase. A further 16 per cent also said that using e-signatures could even save themselves and their employer money.

These findings support another recent European study which highlighted the fact that office workers are currently spending significant time on office admin, with almost one day a week being devoted to these tasks – average 6.8 hours. What’s more, 61 per cent of European workers said that chasing signatures was adding to their frustrations. However, when it came to the uses of e-signatures in the workplace, a huge 77 per cent of UK workers said that the technology is extremely valuable in helping to achieve higher productivity and freeing up time.

Mark Greenaway, Director Emerging Businesses EMEA at Adobe: “Nowhere can the benefits of e-signatures be felt more than in the workplace, with people able to bring greater time efficiencies to their day instead of chasing people for handwritten signatures as a result of working in a paper based office culture. Although we will always strive to put the personal touch on things such as birthday cards and gifts via our handwritten signatures, the workplace will certainly benefit from the digital alternatives on offer – e-signatures just one of these. As a result, we’ll no doubt, see handwritten and e-signatures existing side by side for many years to come.”

“Misconceptions do still exist though, particularly when it comes to the security and accuracy of e-signatures. However, people should remember that e-signatures use a variety of common electronic authentication methods to verify signer identity meaning that they are far more secure and can be a great for getting documents signed and processed quickly. Many organisations are already benefitting from e-signatures amongst other digital capabilities.”