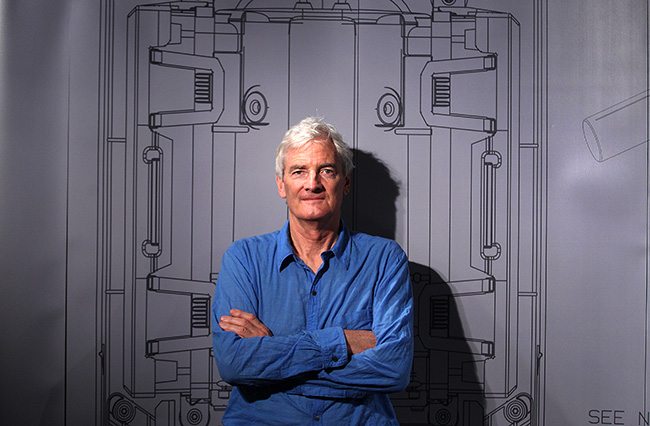 The British company famous for its vacuum cleaners made its first external investment after being alerted to the University of Michigan spin-off called Sakti3, which has developed next generation solid-state technology that can store twice as much energy as traditional rechargeable batteries.

As part of the investment, Dyson has entered into a joint development agreement to commercialise Sakti3’s solid-state battery technology. The new batteries promise to store twice as much energy as today’s liquid-based lithium batteries, that are used in everything from smartphones and tablets to cars, robots, and renewable energy sources such as solar panels and wind turbines.

Battery technology is one of the major limiting factors of portable or cordless electronic products today. While surrounding computer technologies have progressed at a staggering rate, batteries haven’t kept up, leading to user frustration and limits on what can be done.

The lithium-ion technologies used in today’s best batteries have barely progressed since their introduction in 1991 by Sony. There has been improvement in longevity and charging times, but not a great deal in terms of the amount of energy that batteries store.

The eight-year-old company claims its solid-state batteries can store over 1,000 watt hours per litre, which is almost double the best traditional lithium-ion batteries available today with an energy density of up to 620 watts per hour per litre. That increased energy density could effectively double the battery life of mobile electronics, extend the range of electric vehicles and lead to thinner and lighter technology.

The batteries also promise to be cheaper to manufacture, longer lasting and be more environmentally friendly than current lithium-ion batteries. Solid-state batteries also remove some of the safety issues around the explosive nature of liquid batteries.

Other battery technologies in development, such as sulphur-based batteries, have been held back by safety issues. The chemical reactions used to generate the electricity can be violent and corrosive, meaning that they need to be carefully contained to avoid leaks and the reaction releasing the electricity must be kept stable to avoid overheating and potentially explosive consequences.

Ann Marie Sastry, founder and chief executive of Sakti3, said that the agreement with Dyson will allow the company to bring its technology to the mass market.

“There is a great deal of knowledge and passion on both sides, and Dyson’s engineering team has the capability and the track record to scale up new ideas and make them a commercial reality,” she said.

The investment from Dyson guarantees that the new battery technology will appear first in Dyson products, including new versions of its cordless machines and robotic vacuum cleaners. But the applications for the technology go far beyond cleaning products.

Additional investors in Sakti3 include Khosla Ventures, General Motors and others.