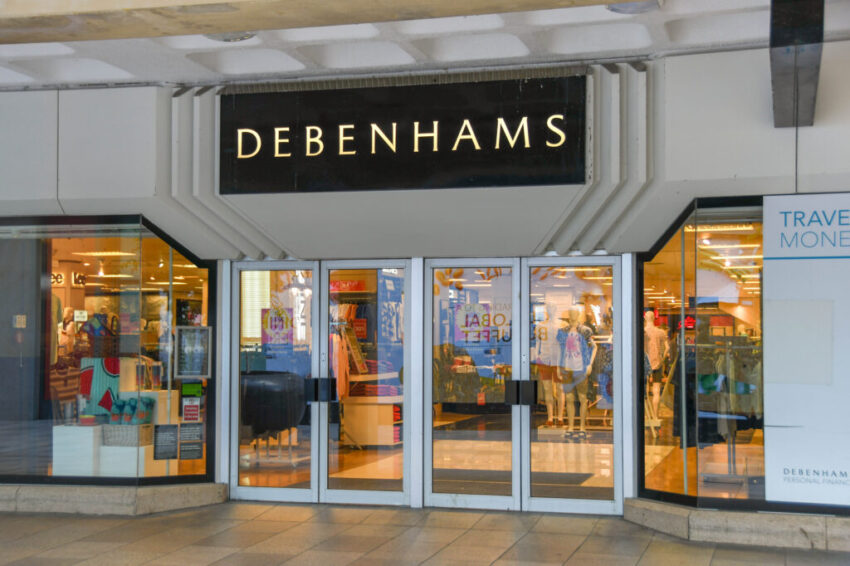 Debenhams has put itself up for sale in a last-ditch attempt to prevent a fall into liquidation.

The 242-year-old department store chain this weekend appointed investment bank Lazard to oversee the sale process and hopes to secure a buyer before the end of September.

The struggling retail group called in administrators in April, for the second time in a year. The restructuring firm FRP Advisory is working alongside its management under a “light touch” administration.

This means directors are running the business rather than handing it over to the administrators. The chain has already shut 18 stores, with the loss of more than 1,000 jobs in shops and at the headquarters in London. After lease negotiations with landlords, 124 stores are still trading. They reopened on 15 June after the government allowed non-essential retailers to open again following the Covid-19 lockdown.

“Now that Debenhams has 124 stores in the UK open and is trading ahead of expectations, the administrators of Debenhams Retail Ltd have initiated a process to assess ways for the business to exit its protective administration,” the company said on Sunday.

“There are a range of possible outcomes which could include the current owners retaining the business, potential new joint venture arrangements (with existing and potential new investors) or a sale to a third party, and the administrators will be guided by what delivers the best outcome for creditors.”

Like other retailers, Debenhams has been badly hit by the coronavirus lockdown, but was already struggling with a £600m debt pile. It previously went into administration in April 2019, which wiped out its shareholders and transferred ownership to a group of financial investors including US hedge funds managed by Silver Point Capital and GoldenTree Asset Management. Debenhams then underwent a company voluntary arrangement, an insolvency procedure that allowed it to close stores and renegotiate rents.

Debenhams’ Irish chain has been placed into liquidation, but a liquidation of the main group is unlikely and would only happen once all other options have been exhausted. Debenhams also owns the Magasin du Nord chain in Denmark.

Rival John Lewis plans to close eight of its 50 stores putting 1,300 jobs at risk, while Marks & Spencer is cutting 950 jobs as part of a £500m cost-saving drive.