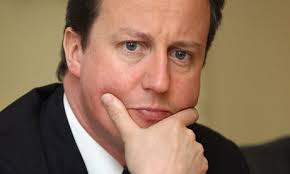 Business leaders including the telecoms billionaire Mohamed Ibrahim have urged leaders at the G8 summit to have the courage to impose public registers of the true owners of shell firms who hide their identities in tax havens.

In an interview with the Guardian on Saturday, David Cameron promised to draw up a UK register of such “beneficial” owners that was open to the UK tax authorities. He said the measure would sweep away the secrecy of tax havens.

But aid campaigners want the entire G8 to follow the UK lead and to make registers public. Cameron has said he would make the UK register public as long as there is international support for the move, and at the G8 summit on Monday he will press colleagues to make the register open to all, reports The Guardian.

Aid campaigners have released a letter from 1,500 business groups and companies urging a public list. Ibrahim, the Sudanese-British mobile communications entrepreneur and billionaire headed the list of people and companies writing to the G8 leaders.

The letter said: “The current lack of transparency and coordination in the international financial system allows too many to hide their money, and shift costs on to responsible business owners and families. When this happens, it creates an unfair playing field for enterprises, often solely domestic ones, which lack the scale and resources to use such measures.

“The current system enables the most unscrupulous corporations and wealthy individuals to deprive our governments of billions of dollars of revenue that should be invested in quality education, research, infrastructure and health care. We call for unanimous G8 support for key measures including automatic information sharing among all countries, a public registry showing beneficial ownership for all companies, trusts and foundations, and getting multinationals to publish a country by country breakdown of their accounts”.

Will Morris, chair of the tax committee of the Confederation of British Industry, said at Saturday’s government summit on tax transparency that the CBI was “very supportive of the idea of a register of beneficial ownership. “We think it is a no brainer”, he said. He added the CBI did not yet have a view of whether it should be public or private but he personally would support making it public.

Brendan Cox, of Enough for Food for Everyone said the moral case for making public who really owns assets hidden offshore is irrefutable but “there is a compelling business case too”.

It was claimed by aid agencies that £1.4bn in illicit flows will be sucked from developing countries into tax havens during the two days of the G8 summit.

Aid agencies believe that opening up tax registers will allow developing countries to find out the identity of companies and individuals taking cash from their countries illegally.

The biggest stumbling blocks to public registries at the G8 will be Canada and Russia. The US position is ambiguous.

The shadow business secretary Chuka Umunna told the BBC One Andrew Marr Show that he had written to the government to demand Companies House informs HMRC about firms that do not properly report their overseas subsidiaries. He said thousands of these firms are not being reported by their owners.

Umunna said: “HMRC works alongside Companies House to tackle these issues. Companies House works to ensure companies disclose the information that enables HMRC to act.” But he said there was a lack of resources at Companies House to make Cameron’s intervention meaningful. There is also concern that the agreement will not cover trusts, only companies.

The business secretary Vince Cable last week wrote to Companies House to step up its efforts to discover true beneficial owners after the charity Action Aid found there was widespread failure by firms to report their subsidiaries.

Umunna added: “It’s no good the prime minister making new announcements about a new registry; if you’re not actually enforcing the current regime, what hope is there in respect of the future?”

On the same programme, deputy prime minister Nick Clegg said it was important companies abided by both the spirit and the letter of the rules – and highlighted the government’s general anti-abuse rule. Cameron insisted he was making progress on the issue, telling Sky News: “You’re never going to deal with that unless you actually know who owns every company. We’re leading by example by having a register of beneficial ownership, who owns which company and every G8 company will be signing up an action plan on beneficial ownership. We’re making some real progress on that issue. It also helps to deal with bad practice by companies.”