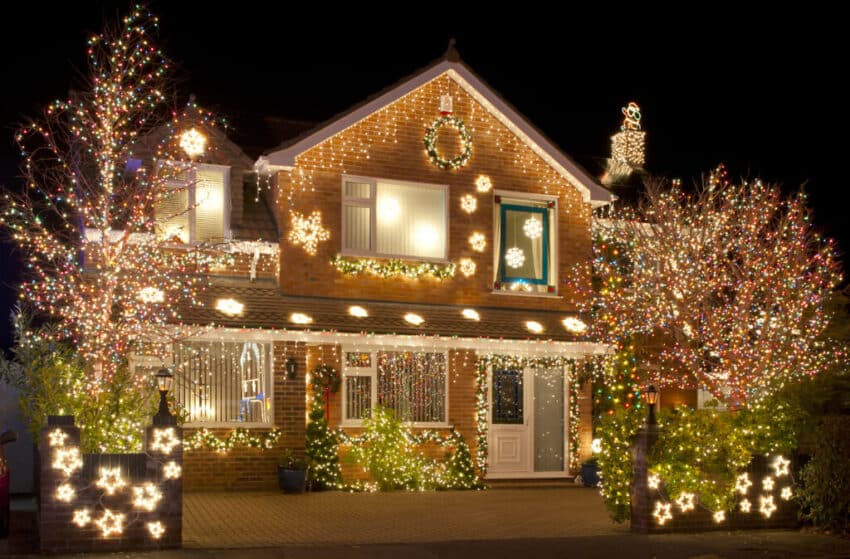 Sales of Christmas lights have more than tripled as consumers planned to put up their festive decorations early, according to retail industry data.

Figures from Kantar showed demand for the lights was up by 238% in the four weeks to 15 November compared to the same period a year ago.

However demand for mince pies was down by 8% – reflecting “fewer opportunities to share a treat with friends and colleagues” according to the report.

A third of shoppers surveyed said they planned to put up Christmas lights early this year, because of the pandemic.

Fraser McKevitt, head of retail and consumer insight at Kantar, said: “Many people have begun the countdown to Christmas 2020 already, using more time at home to go big on festive revelry.”

The findings were published within a regular monthly update on supermarket sales, covering the 12 weeks to 29 November – showing an 11.3% rise in sales, the fastest rate of growth since August.

That accelerated to 13.9% in the last four weeks as eating and drinking out was curtailed by the lockdown in England.

Kantar said the three days before the lockdown started on 5 November were especially busy, with grocery sales up that week by 17%.

November as a whole saw “shopper frequency” hit its highest level since the start of the pandemic “suggesting more confidence among people going into stores” said Mr McKevitt.

Those factors helped the month become the biggest ever for supermarket sales, which climbed to £10.9bn over the four-week period.

Online shopping continued to grow, with more than six million people purchasing their grocery shop over the internet – a new high.

The figures come as supermarkets and other retailers which have been able to stay open during lockdowns return £2bn in business rates relief to the Treasury.