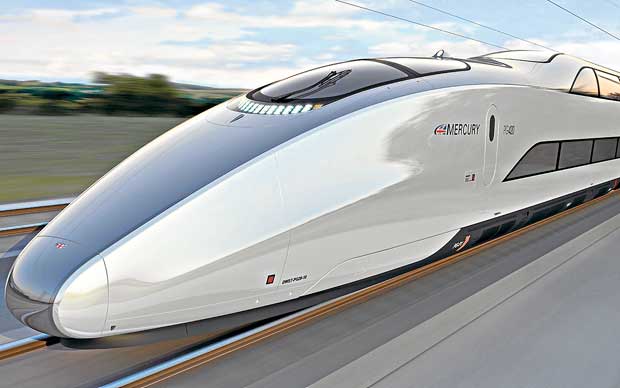 When George Osborne was running the Treasury, his love-in with the People’s Republic led some to suggest that in a perfect world he wanted the Chinese to fund, build and operate the £55 billion HS2 line between London, Birmingham and the North.

After the latest intervention by a train operator in the unfolding crisis on the railways, at least part of that could come true. First Group appeared to declare itself a non-runner to operate HS2 because of “concerns with the current balance of risk and reward” being offered in train franchises being tendered by the Department for Transport.

This is after another bidder, the consortium of Virgin Trains, Stagecoach and SNCF, became so disenchanted that it is taking Chris Grayling, the transport secretary, to judicial review. That leaves just one bidder — a consortium of MTR of Hong Kong and the Guangshen Railway Company.

With National Express having already taken its leave and Stagecoach, Arriva and now First Group expressing unwillingness to bid, it appears that only state-backed foreign rail operators, such as the Chinese or the Dutch Abellio, are prepared to operate British trains.

The situation is supposed to come to a head with the findings of a review by Keith Williams, Royal Mail chairman, to be published in the autumn. That will be the 12th report on the privatised railways in their 22-year existence. Many believe it is destined for a space with the other 11 on a dusty shelf in the Department for Transport.