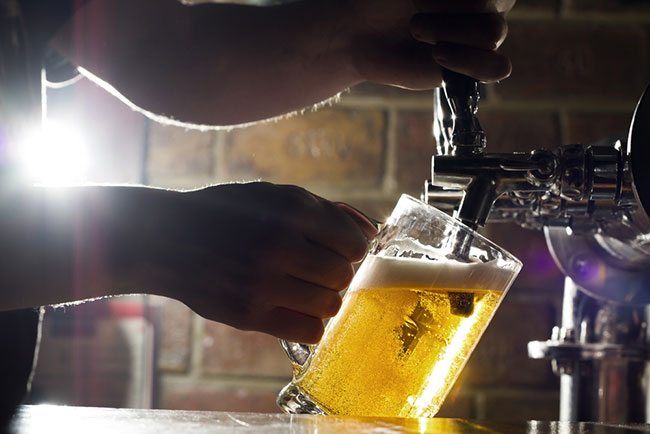 The research, which looks at the number of Barclays’ business customers in the Pubs and Bars industry, reveals just under half of these pub businesses were established in the last three years, boosted in part by the number of younger landlords entering the industry.

The findings reveal the amount of pub and bar owners aged 25 to 34 has increased by a quarter in the last three years and now account for 15 per cent of total pubs on average.

The industry has also seen a 23 per cent growth in turnover on average, showing that existing businesses are benefitting from strong levels of consumer spending. This growth is despite official industry figures which show a decline in the total number of small and medium sized pubs in the UK in the last three years3. In addition to the rise of new pubs, over one in four have been running for ten years or more.

The research also found over half of public houses are run by at least one female landlady and over a quarter have a sole female owner. Women also form a significant proportion of the young up-and-coming pub owners contributing to the industry boom, with 32% of landlords under the age of 35 being female.

Adam Rowse, Head of Business Banking at Barclays said: “It’s been long-reported that this is an industry met by challenges for pub owners, however our research shows that this has not deterred the next generation of ‘pub innovators’ from setting up shop. It’s great to see optimism for growth within this sector. Beyond the headlines of pub closures, turnover growth and a rise of new businesses is encouraging. There are also a large number of establishments that have managed to sustain and grow their business in the last decade, including those that have renewed their business plans in response to changing customer appetites – the rise in those catering with pub food for example has enabled diversification. The UK’s pub businesses are a key part of Britain’s culture and heritage in addition to a valuable contributor to the economy.”

Matt Hiscox, Owner, Carpenters Arms in Pontypool, commented: “We’ve found by turning our business around to echo the demand of the public, we’ve managed to thrive and turnover has doubled. Years previously, turnover would be approximately 75 per cent in drink sales, but today – and for the past four to five years – that same proportion of turnover has shifted to food sales. To facilitate this new business focus, we were able to expand with the help of a business loan and business is better than ever. The expansion has also helped my own work-life balance as a business owner, since I can now support more staff – it’s a wonderful feeling to have a capable team you can trust in your absence.”

Picture: Pint of Beer by Shutterstock