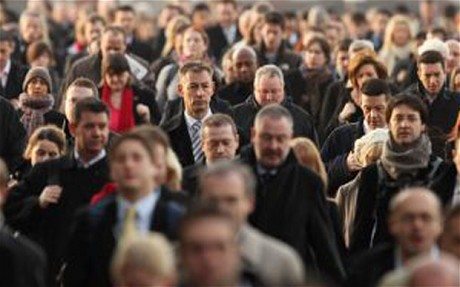 Seeking a competitive edge, which covered 300 people employing around 1.4 million people in the UK, also urged the Government and employers to renew their focus on tackling unemployment to ensure that more of our young people get the (mainly skilled) jobs the economy is creating.

The survey showed that 35 per cent of businesses expect their workforce to be larger in 12 months’ time, and 15 per cent predict they will be smaller, giving a balance of +20 per cent.

Katja Hall, CBI chief policy director, said: “The performance of our flexible labour market in generating jobs in a sluggish economy is a mini-miracle. While the jobs figures tell a promising story, too many young people from disadvantaged backgrounds are not getting jobs because job creation at a skilled level requires skills and attitudes which we do not help them to develop.”

According to the research, nearly six in ten employers identify a lack of aspiration and role models as major obstacles to young people’s success. 59 per cent of employers identified a lack of understanding of workplace behaviours as a barrier preventing young people from disadvantaged backgrounds fulfulling their working potential, and 59 per cent of businesses think a lack of basic numeracy/literacy skills is holding people back.

Ms Hall continued: “The challenge for the Government and businesses is to ensure that barriers to employment can be overcome. Progress will require action on education and training, from early years right up to development in the workplace.”

Albert Ellis, chief executive of Harvey Nash, concluded: “To gain a competitive edge, businesses are investing in and nurturing talent. Most encouragingly, more than a fifth of employers are looking to increase their graduate hiring in the next year and 23% are set to boost apprenticeship numbers, thereby investing in the skills of the next generation. But a lack of skills and experience is holding back some from fulfilling their potential.”