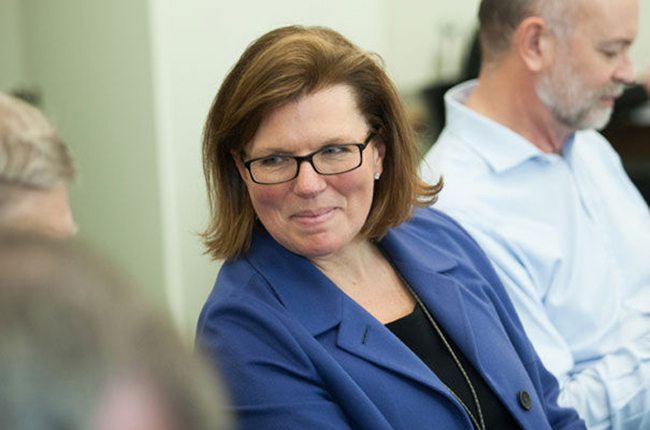 Google, the London Stock Exchange and other influencers are backing the campaign which is predicated on feedback from scale-up companies: 80 per cent said they would be able to grow their company faster if they could more easily hire talented people from overseas.

The Institute also reasons that these foreign workers help expand the distribution of existing products to international markets and help introduce new products and services into fresh territories worldwide.

Another crunch point is that responsible executives won’t seek to hire new staff until they have received sufficient customer orders – but they are at risk of losing busines if it takes too long to recruit the people needed to handle new additional work.

Coutu and Hoffman argue: “A business operating in a country without a skills gap can be more confident in accepting customer orders and hiring staff to fulfil these orders, which creates a virtuous circle.

“However, in a country with major skills gaps – as the UK has – companies may be forced to delay the acceptance of customer orders until they have hired sufficient recruits.

“Recruiting in the UK could take months to find appropriate people, negotiate terms and then gain internal approval. But if companies are unable to recruit in the UK and are then forced to look overseas this process becomes far more complicated and drawn out, often requiring immigration lawyers to navigate the approval process for visas.

“Throughout this process, there is a risk that the candidate will accept another more straightforward job offer.”

Coutu, who is the Scale-Up Institute’s executive chair, says the introduction of Entrepreneurs Visa was good progress but does not help ‘home grown’ companies that are scaling up.

Current immigration restrictions make it difficult for scale-ups to recruit non-EU nationals. This is despite evidence that public attitudes to high-skilled migration is positive, according to recently published research.

Companies seeking to hire a skilled migrant with a Tier Two General Visa are required to obtain a ‘sponsor licence’, which registers their business as an eligible sponsor organisation, and a ‘certificate of sponsorship’, which the business assigns to a specific migrant worker to hire them in qualifying employment.

The Home Office aims to process the former within eight weeks and the latter typically requires that the position has been advertised in the UK for at least 28 days.
Only 11,790 Tier 2 General Visas were granted by the Home Office in 2013, despite there being a cap for 20,700 of these visas.

In December 2013, the Government announced the introduction of a new visa route for IT workers. This involved amending the Tier One visa stream to allow some IT workers to qualify if they are deemed to be of ‘exceptional talent’.

However, the number of visas has been capped at 200 and even this number may not be reached as very few workers meet the criteria – only 79 workers qualified for the existing exceptional talent visas in 2011, although the figures for IT workers are not disclosed.

The ‘IT visa’ does not get anywhere near describing the skill-set that is possessed by someone who has scaled-up a company.

A recent Policy Exchange report on Silicon Cities recommended that venture capitalists should be allowed to become sponsors for visas.

Coutu says this could be helpful to companies who have chosen to accept financing from venture capitalists. However, it does not provide a solution to the 99 per cent of fast-growing companies that do not choose venture capital.

“There must be an option for companies that are fast-growing but financed in other ways, whether from crowd-funding or customer revenues, and for those companies which may be entirely family owned.

“In addition to venture capitalists being allowed to become a sponsor for a visa, LEPs, trade associations, Royal Societies and potentially other local bodies which are familiar with the company in question be granted a sponsor license. These bodies should be able to verify information and grant the visa without delay that unduly impedes the company’s ability to contribute to the long-term economic growth of the region.”

The UK’s fastest-growing startups need to be given special immigration visas if they are to have any chance of growing to the size of Google or Facebook, according to the Institute.
Speaking at a recent tech-focused conference, Irene Graham, the incoming CEO at the Start-Up Institute, said: “We really want to see a scale-up visa coming in to help fast-growing companies get that quick access to talent.

The Scale-Up Institute will build on the recommendations of the Scale-Up Report, written by Coutu in 2014. The report called for greater government and private sector emphasis on policies and practices directed towards businesses growing by over 20 per cent per year, because policies and practices focused on scale-ups have the greatest potential to create jobs and grow the UK economy.

In the Report, analysis by Deloitte showed the potential for £225 billion of additional Gross Value Add and 150,000 net jobs created by 2034 on a net basis; on a gross basis, analysis by Nesta shows an additional boost of £92 billion per annum attributable to addressing the productivity gap, should the recommendations be implemented.