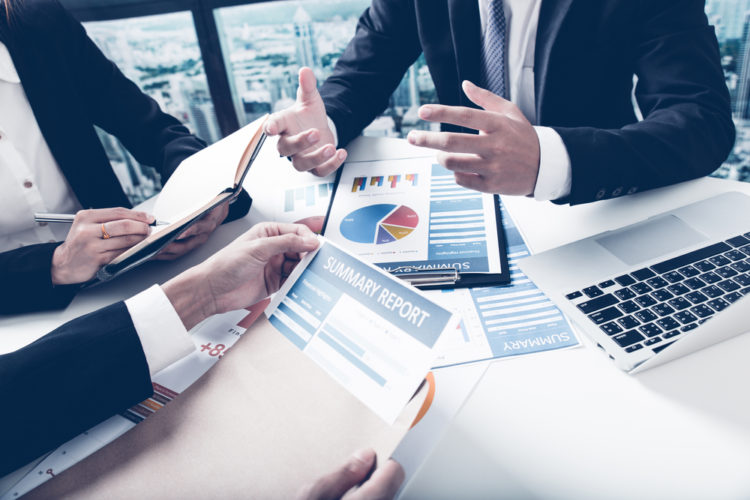 The business support and lobby group the CBI has issued a unanimous statement to the government as it appears to be imploding following the announcement that a Brexit deal had been struck.

At the specially-convened meeting of the CBI’s most senior policy-making committee issued a unanimous statement declaring ‘we must not go backwards’ following the publication of the draft Withdrawal Agreement between the UK and EU.

The CBI Chairs’ Committee represents every region and nation of the UK’s business community. It is led by 27 chairs, convenes 900 business leaders in a nation-wide policy forum, and speaks for 190k firms of all sizes across the UK.

They say the agreement has two essential economic benefits which must be achieved: avoiding a no deal cliff edge by delivering transition, and opening a route to a good long-term trade deal.

The statement adds ‘the real life implications for people and regions across the UK are what really matter. Business urges all involved to assess the way forward on this basis.’

The Committee acts on behalf of the CBI’s Trade Association Council, 12 Regional and National Councils and 15 policy based Standing Committees.

We are united in the view that the Government’s proposed deal represents hard-won progress. It requires all sides – including business – to compromise, but compromising is essential to avoid a damaging no deal and move on to the future. For the sake of the prosperity of our country, we must not go backwards.

The proposal has two essential benefits for our economy that must be achieved:

First, if passed, this agreement unlocks a transition period which guarantees that a no deal cliff edge is avoided in March 2019. And because this transition is extendable by the UK, we can choose when to move to a new trade arrangement and ensure firms, citizens and government are ready when we do.
Second, the agreement opens a route to a good long-term trade deal, which businesses want to be based on frictionless borders, services access and a say for the UK over future rules. Firms are keen to move discussions on to focus on this long-term future.
No deal is not an acceptable option. Firms are clear that no deal would badly damage our economy by disrupting supply chains, causing shortages, and preventing vital services reaching people. No deal could lead to GDP being over 2% lower by 2020 (Oxford Economics) and up to 5-8% lower in the long term (IMF), with severe consequences for jobs and living standards in every corner of the UK.

The risk of no deal is already causing harm as companies of all sizes action contingency plans involving stockpiling and moving jobs and investment out of the UK. Four in five firms have already cut or postponed investment because of no deal risks.

Despite the political noise at Westminster, the real life implications for people and regions across the UK are what really matter. Business urges all involved to assess the way forward on this basis.”

Trevor Lockhart, Fane Valley Chief Executive and CBI Northern Ireland Chair, said: “Northern Irish businesses have been clear. We need a deal that promotes frictionless trade, open and controlled access to people and a great deal for services. Without this, jobs and investment will be lost. We need progress urgently to move the UK closer to these goals.”

Marnie Millard, CEO of Nichols and CBI North West Regional Chair, said: “No deal is not an option for firms in the North West. Many of our businesses are already investing heavily in contingency plans. This is money that could otherwise be spent on investment, innovation or colleague pay. Leaving next March without a transition deal would severely impact complex supply chains and worsen the regional inequalities that already exist.”

George Mackintosh, Eggplant Founder and CBI Enterprise Chair, said: “Small and medium sized businesses are the backbone of the UK economy. Transition is essential to give them the certainty they need to keep growing. A cliff edge would be calamitous.”

Paul Everitt, ADS Chief Executive and CBI Trade Association Council Chair, said: “The withdrawal agreement published this week is a welcome breakthrough that will secure the important transition arrangement and the time needed to discuss the full detail of our long-term relationship with the EU.

“It is in the best interests of the UK’s aerospace, defence, space and security industries for this agreement to be formally endorsed after appropriate Parliamentary scrutiny.

“With little more than four months until the UK leaves the EU, there is little time left to prepare for the disruption of a no deal outcome if this agreement is not taken forward.”

Jane Galvin, Head of Corporate Banking at HSBC and CBI East of England Chair, said: “While not perfect, the draft Withdrawal Agreement is the gateway to securing a good long-term trade deal which business wants to see deliver frictionless trade in goods, unprecedented access in services and a voice over future rules and regulations.”

Phillippa O’Connor, Partner at PwC and CBI Under 35 Committee Chair, said: “Securing the Withdrawal Agreement will be a significant step back from a chaotic, cliff-edge Brexit. Young people will have to live with the consequences of Brexit for the longest, and it is essential this process moves forwards to deliver for them.”

Mike Plaut, MD of Northmace & Hendon and CBI Wales Chair, said: “The prospect of a no deal Brexit is already leading some small business to shelve expansion plans, pause investment and, in some instances, think about cutting staff.