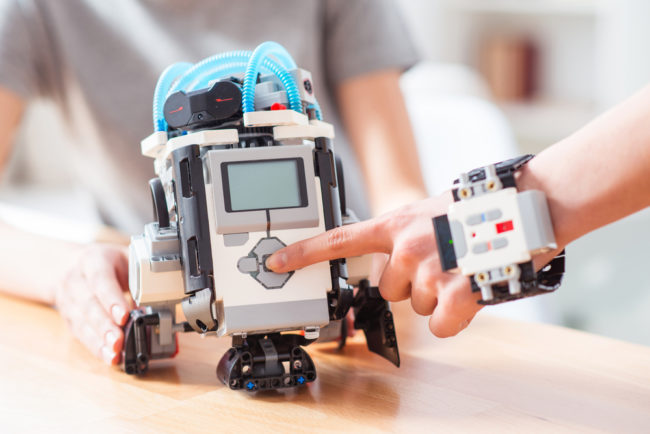 Business and Energy Secretary Greg Clark has announced the launch of the first phase of a £246 million Government investment into battery technology to ensure the UK builds on its strengths and leads the world in the design, development and manufacture of electric batteries.

Known as the Faraday Challenge, the four-year investment round is a key part of the government’s Industrial Strategy. It will deliver a coordinated programme of competitions that will aim to boost both the research and development of expertise in battery technology.

An overarching Faraday Challenge Advisory Board will be established to ensure the coherence and impact of the Challenge. The Board will be chaired by Professor Richard Parry-Jones, a senior engineering leader with many decades of senior automotive industry experience and recently chaired the UK Automotive Council for six years.

The Government and Ofgem will also set out a plan later today to ensure the energy system is fit for the future. With over a quarter of the UK’s electricity being generated through renewables and the costs of technologies like battery storage rapidly, there are significant opportunities to secure economic benefits for businesses and households across the country.

At a speech hosted by the Resolution Foundation in Birmingham, Greg Clark said on the need for an Industrial Strategy:

“At its heart is a recognition that in order for all our citizens to be able to look forward with confidence to a prosperous future, we need to plan to improve our ability to earn that prosperity.

“To enjoy a high and rising standard of living we must plan to be more productive than in the past.

“Economists have pointed to what they have called a productivity puzzle in Britain. That we appear to generate less value for our efforts than, say, people in Germany or France. In other words, we have to work longer to get the same rewards.

“It’s not that we want – or need – people to work longer hours. It’s that we need to ensure that we find and seize opportunities to work more productively – as a country, as cities and regions, as businesses and as individuals. If we can do so, we can increase the earning power of our country and our people.

“We have great strengths. Our economy has been extraordinarily good at creating jobs. When we look at our closest neighbours, we can be truly proud of the fact almost everyone of working age in this country is in work and earning.

“The work that we do through the Faraday Challenge will – quite literally – power the automotive and energy revolution where, already, the UK is leading the world.”

The Faraday Challenge’s competitions are divided into three streams – research, innovation and scale-up – designed to drive a step-change in translating the UK’s world-leading research into market-ready technology that ensures economic success for the UK:

To support world class research and training in battery materials, technologies and manufacturing processes, the Government has opened a £45m competition, led by the Engineering and Physical Sciences Research Council (EPSRC), to bring the best minds and facilities together to create a virtual Battery Institute. The successful consortium of universities will be responsible for undertaking research looking to address the key industrial challenges in this area.

The most promising research completed by the Institute will be moved closer to the market through collaborative research and development competitions, led by Innovate UK. The initial competitions will build on the best of current world-leading science already happening in the UK and helping make the technology more accessible for UK businesses.

To further develop the real-world use and application of battery technology the Government has opened a competition, led by the Advanced Propulsion Centre, to identify the best proposition for a new state-of-the-art open access National Battery Manufacturing Development facility.

Today’s announcement follows a review, commissioned as part of the Industrial Strategy green paper, by Sir Mark Walport in which he identified areas where the UK had strengths in battery technology and could benefit from linkage through this challenge fund.

The Faraday Challenge forms one of six key challenge areas that the Government, together with business and academia, has identified through its flagship Industrial Strategy Challenge Fund (ISCF) as being one of the UK’s core industrial challenges, where research and innovation can help unlock markets and industries of the future in which the UK can become world-leading.

In April, the Government announced £1bn of investment through the Fund in cutting-edge technologies to create jobs and raise living standards. Other areas receiving Government support through the ISCF in 2017/18 include cutting edge healthcare and medicine, robotics and artificial intelligence, and satellite and space technology.

“Even economically successful sectors could contribute more to the UK’s economic growth in the right public policy environment, especially as we approach Brexit. Elite sport is one of the UK’s great international success stories but its economic impact has often been under-estimated. That is why the Premier League welcomes the Industrial Strategy as an important opportunity for enterprises like us to help shape Government policy.”
Simon Gillespie, Chief Executive of the British Heart Foundation (BHF) welcomes the Government’s commitment to a modern Industrial Strategy:

“We are pleased to see the Government recognising the importance of scientific research as part of the Industrial Strategy. This research has not only boosted the UK economy but has also led to the development of treatments and technologies that have transformed millions of lives around the world.

“Medical research charities play a particularly important part in this success: the BHF funds more than half the UK’s independent research into heart and circulatory diseases. We look forward to continuing to work with Government to deliver an Industrial Strategy that supports world-leading research that improves the lives of patients across the UK and globally.”