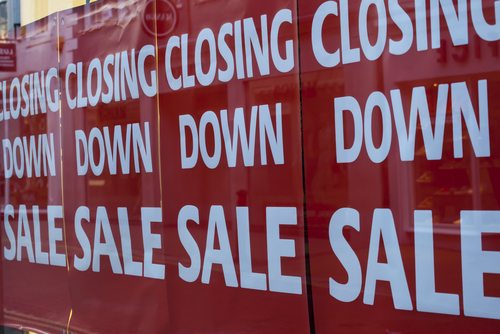 The figures highlight an increasingly stable picture amongst businesses, with the data showing that 0.08 per cent of the business population (1,685 companies) failed in October 2012, compared to 0.10 per cent in October 2011.

The only year-on-year increases in the rate of insolvencies came from larger firms; all those with over 501 employees, which saw an increase from 0.13 per cent in October 2011 to 0.20 per cent. This was led by the demise of JJB Sports, and associated subsidiaries, and also Barracuda Pubs. In addition, small firms with 6 to10 employees also saw a slight increase in insolvencies from 0.16 per cent to 0.17 per cent.

Max Firth, Managing Director, Experian Business Information Services, UK&I said: “Following the peak in March this year at 0.11 per cent, the insolvency rate fell to 0.08 per cent and has remained fairly steady each month since. It shows that insolvencies are indeed stabilising, but the increase during October in large business failures highlights the need for ongoing monitoring of all clients and suppliers, regardless of size.

“It’s good to see that some of the bigger improvements were among the mid sized firms that typically tend to suffer the most due to their size.

“As firms start to show signs of stability, and in some pockets of the UK, growth, they need to remain prudent in order to prosper.”