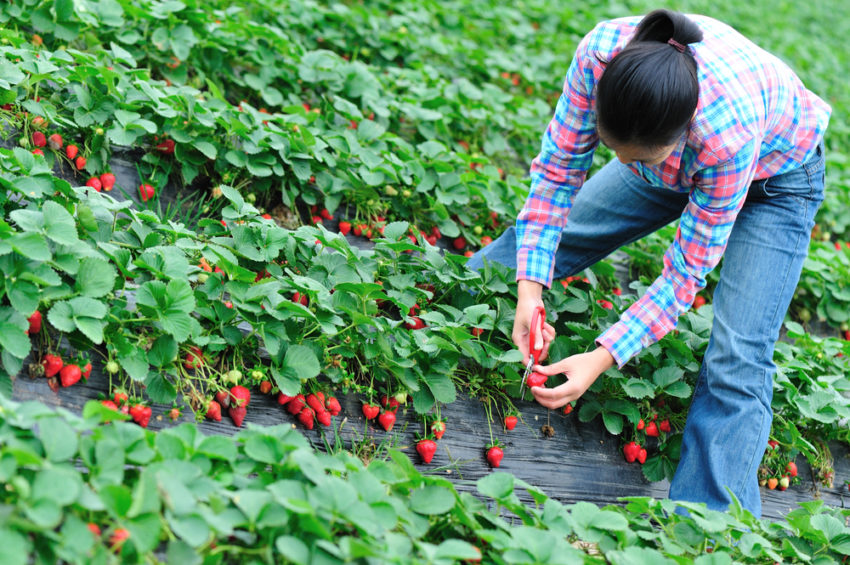 British applicants for jobs harvesting crops have said farmers have made it virtually impossible for them to secure the work despite a national appeal for a “land army” to save the UK’s fruit and vegetables.

Dozens of workers have expressed anger at claims they are too lazy or picky to take the jobs, alleging that farmers are favouring cheap migrant labour.

Offers of on-site accommodation in which three or four workers share a caravan were among the most frequent complaints on social media and in emails to the Guardian, after reports that thousands of British workers had turned down jobs and Romanians were being flown in to pick salad.

Chay Honey, in Bristol, whose work on festivals has disappeared, said the pay and conditions of the farm work were difficult to justify. “I live with my fiance and to live on site would mean I would only have one day a week for friends and family. They also said you can’t use your own vehicle, which makes getting out to the shops difficult. Very quickly the romance of going to work for a farm to help provide food for the nation has become very unattractive,” he said.

“It seems it is very much geared up for migrant labour. We are not looking for special treatment, but the whole system needs to have some flexibility and not just have this blanket approach.”

Genevieve Black, in south Wales, said she had been unsuccessful in applications for 10 jobs despite being willing to live on site in Kent, Hampshire or Scotland. “The idea that Brits are just too lazy to work on farms is just not true,” she said.

She is part of a Facebook group, Jobs for Camper Nomads, which is awash with criticism of the farming industry. One poster suggested that farmers could allow applicants with their own camper vans to live on site. “We are forever being told these are unprecedented times and we are all in it together. UK berry farmers not so much! I am sure with a bit of thought a workable solution can be found.”

Alison Harrow, an England Athletics running coach seeking farm work, said she was feeling “really discouraged”. “I’ve applied for 200 jobs and you either get ‘We’ve got enough people now’ or you don’t hear anything back,” she said. “Well, if they have jobs coming up at the end of May or June, why don’t they just allocate those now and just confirm a job?

“I get an email from one farm worker recruitment agency saying I have not been shortlisted. How can this be? There seems to be a mismatch between demand for workers and matching workers to farm work.”

Nick Marston, the chair of British Summer Fruits, said the business model of fruit farming had been “structured around a non-UK workforce for many years” because UK workers had shunned the work: “Farms are receiving large numbers of applications and I think it would be unfair to say the industry is not accommodating local workforce.”

He appealed for patience among the army of would-be-pickers, saying the season had barely started and that there would be surge in job opportunities at the end of May and June.

Tom Bradshaw, vice-president of the National Farmers’ Union ,said he could understand why people felt frustrated over the lack of job offers. “In a way, the media publicity has come a bit too soon, because the jobs don’t peak until the end of May and June,” he said.

He added that a national website that “would act as a centralised hub for all recruiters” was expected to launch later this week, which would make it easier to match supply to demand.