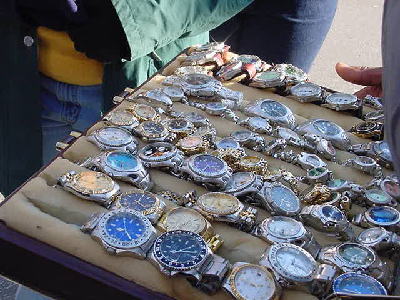 The YouGov survey of more than 2,000 UK consumers by national law firm Clarke Willmott LLP and leading hair care brand “ghd” shows that many people would be happy to receive fake designer clothes and shoes, watches and jewellery  and electronics.

Worryingly, the results demonstrate the numerous high profile campaigns against black markets products are still not reaching some cash-strapped Brits who could be risking their health and becoming a victim of identity theft when purchasing counterfeit goods online.

Roy Crozier, partner and intellectual property specialist at Clarke Willmott, said: “Retailers and suppliers should redouble their efforts around anti-counterfeiting especially in the run-up to Christmas. There is a huge range of counterfeit products out there, beyond clothes and shoes and electronics, such as car parts, cigarettes and alcohol.

“The results of this year’s survey show increase in scale of demand and changing attitude towards counterfeit goods, whether it’s people buying them, tempted into buying them in the future or receiving them.

“If customers aren’t educated about the risks of buying counterfeits and how to avoid unwittingly doing so, then retailers and legitimate manufacturers risk losing out on crucial sales in a tough market. There are some quite simple measures that could be taken, like introducing a website checker so the public can avoid “copycat” websites.”

This year nearly a fifth of adults surveyed admitted they had bought a product they knew or suspected was counterfeit, and a further 10 per cent said they had been tempted but have never bought a counterfeit.

Similarly, almost a quarter of adults surveyed said they would be happy to receive a product they knew was counterfeit this Christmas, against 22 per cent last time around. A key reason for this was general understanding that friends and family are struggling to pay for Christmas in 2012.

However, over half did express concern about unwittingly being caught out when purchasing counterfeit goods in the lead up to Christmas. Nearly two-thirds of adults would not consider buying a counterfeit product in the future because they are likely to be poor quality. The knowledge that such items are illegal deters 43 per cent, while 47 per cent are deterred by knowing that the trade in counterfeit goods is often linked to criminal gangs who are also involved in other organised criminal activity.

Crozier said the public needs to wake up to the threat posed by counterfeit goods and not be fooled into viewing it as a low level, almost victimless crime.

“If you buy a counterfeit product from a faceless supplier you put yourself at risk in many ways, including the risk of cybercrime from personal data being taken and the risk posed by dangerous and poor-quality products – not to mention the fact that you are helping to prop up a criminal economy that has a detrimental effect on society as a whole,” he said.